Heavy snowfall has trapped some 13,000 tourists at Zermatt, one of Switzerland’s most popular ski stations, the Alpine resort said today.

The snow has blocked all roads and the train leading to the resort in the southern Swiss canton of Valais, which was also hit by some power outages, head of the station Janine Imesch told AFP.

There are currently “around 13,000 tourists at Zermatt,” she said, while the station website warned that “arrivals and departures are not possible at the moment.”

The main access road has been closed since early Monday, while the train was halted Monday evening, she said. 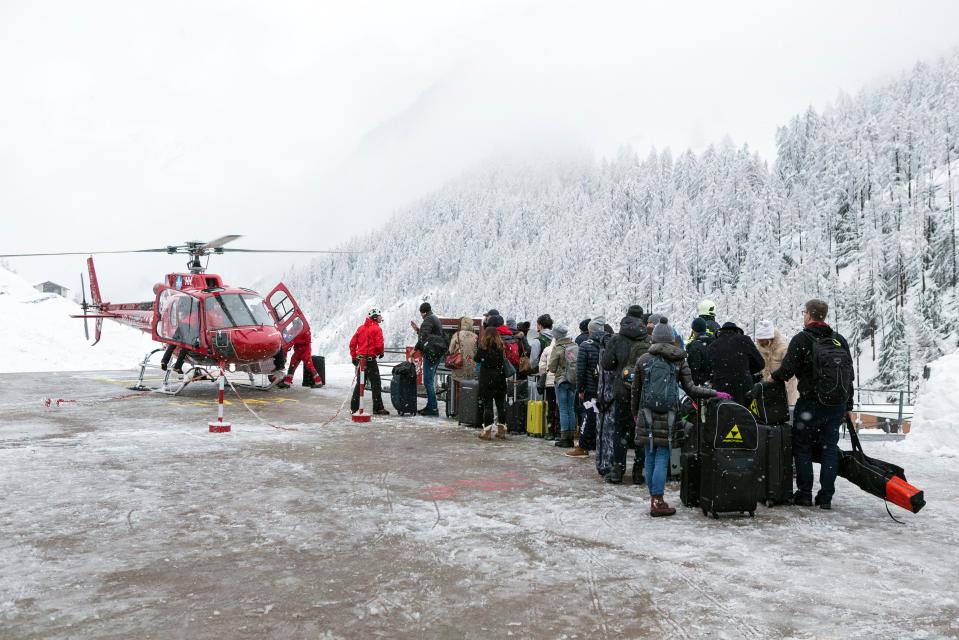 Zermatt is home to some 5,500 inhabitants and has the capacity to accommodate 13,400 tourists spread across hotels and rental apartments.

But the stranded tourists will not be able to take advantage of the abundant snow for the time being, due to the high risk of avalanches in the area.

“It is not possible to do downhill or cross country, but that’s ok. It’s a bit romantic,” Imesch said, adding “there is no panic.”

With nearby roads, trains, cable cars, ski slopes and hiking trails into the town closed, Swiss authorities deployed helicopters to ferry some tourists to a nearby village to escape the snow-bound Alpine valley. 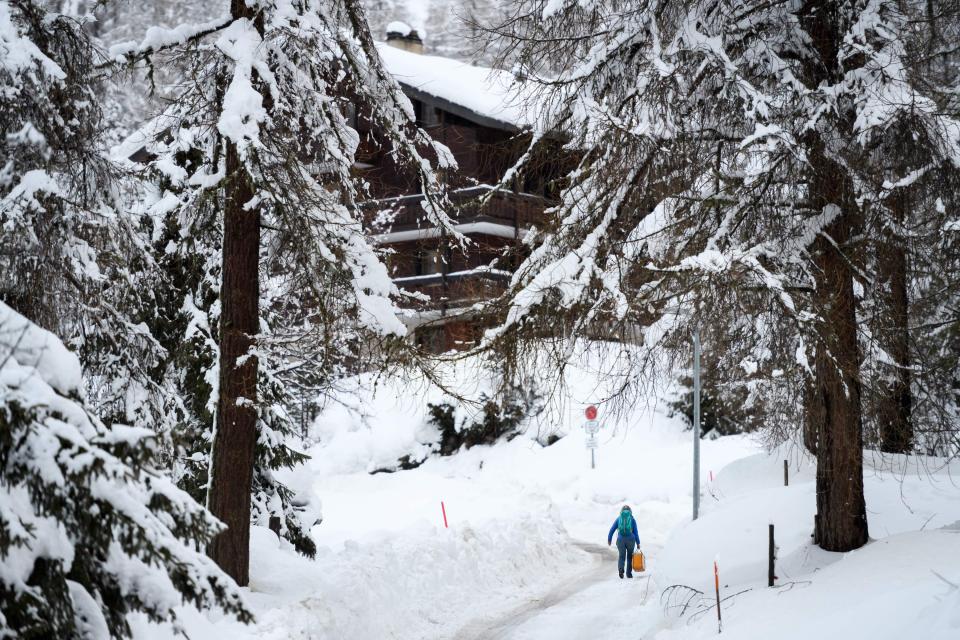 A police official in Zermatt, a tourist magnet for backpackers and millionaires alike, said the helicopter journey to the village of Taesch takes around three minutes.

The official, who spoke on condition of anonymity because he was not authorized to speak publicly about the matter, said the so-called air bridge can transport about 100 people an hour, conditions permitting.

Only tourists who requested the air bridge were being ferried out, the official said, insisting that it was not an official evacuation.
A number of other Valais villages were also isolated by the heavy precipitation.

The Simplon region of Valais was hit by two metres of snow in a 24-hour period, the ATS news agency reported.

Mud and rockslides, as well as flooding, have forced the closure of a number of roads across Valais, as has the risk of avalanches, which regional police have said is currently at the highest possible level.

At lower altitudes, heavy rains have meanwhile forced the evacuation of around 20 people from the tiny village of Eyholz, and the hamlet of Mottec was also emptied as a precaution, the RTS broadcaster reported.

Zaev wishes everyone “Have a New Year” from Solun