The SEC keeps quiet nearly 18 hours after the end of the elections. Huge fraud and mess has been uncovered undoubtedly bringing the results and the elections themselves into question.

Major suspicions with the ‘SEC results’ developed immediately after it was reported that DUI won in Kisela Voda and Karposh where over 95% of the population are ethnic Macedonians. Soon, dozen more counties followed with bizarre numbers, omissions, and outright terrible math that didn’t add up.

It was a head scratcher, we all knew it was fals, didn’t make sense, but the SEC simply reported it as a fact and ran with it. Now, as much as staggering 80,000 votes are reportedly “misplaced”. Now what…

In 2016, it was allegedly the SDSM who won these two counties, but seeing how the SEC runs things, those results were more than likely fraudulent as well. 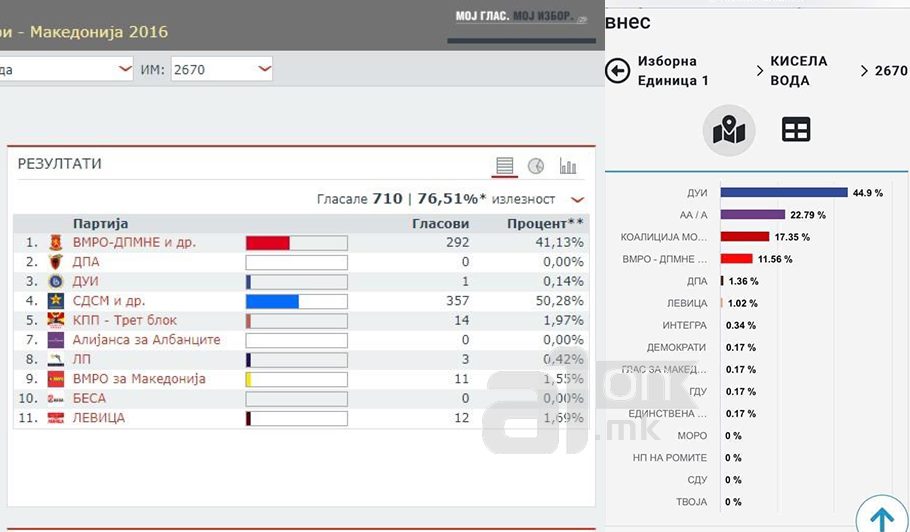 At the moment, the SEC is keeping their website down, on purpose, so people don’t drill down into the election results city by city, county by county and uncover even more mess.