The reactions after the removal of the monument of Andon Kjoseto in Skopje have not diminished.

At three o’clock in the morning, in a typical SDSM way, the monument was removed.

Twitter and FB ‘warriors’ were displeased with the city authorities.

“The Macedonian monument of the Kjoseto is demolished, let’s see you demolish the UCK monuments throughout Macedonia”

“With the demolition of monuments, you cannot erase the collective consciousness of the Macedonians” – are some of the remarks in social media.

One can see why the monument of Andon Kjoseto was seen as trouble for the SDSM. Kjoseto assassinated dozens of traitors to the Macedonian cause. 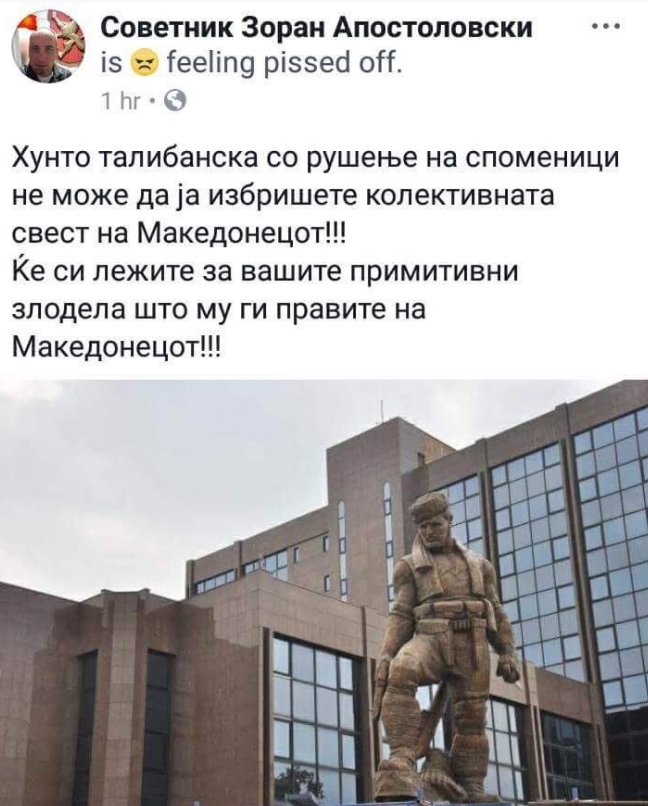