Macedonia’s mental patient and SDS leader Zoran Zaev held a speech in Strasbourg today, but you wouldn’t know about it, because no one was there.

During his speech, Zaev never mentioned the word Macedonia. The ‘speech’ is said to have lasted few minutes in which Zaev covered “this great opportunity to change Macedonia’s name and enter the EU and NATO” (despite the fact both organizations are crumbling with the EU stating no new members until at least 2025).

The level of disrespect Zaev received is rather shocking, considering these are the people that put him in power, yet wouldn’t want to waste even few minutes of their day to listen to their own nutjob.

Just for a reference, the EU hall in Strasbourg is the home of 745 MPs. When Hungary’s Orban was there to speak two days ago, there were over 700 MPs present. Maybe 8 were there for Zaev…

Even worse, social media out of Strasbourg have noted Zaev’s arrival wasn’t important to be put on anyone’s agenda.

Lastly, on MTV at home, certain Lidija Dimova reported “Zaev’s speech was received with standing ovations by hundreds of MPs”, of course without providing any video footage or a photo of this ‘standing ovation’. 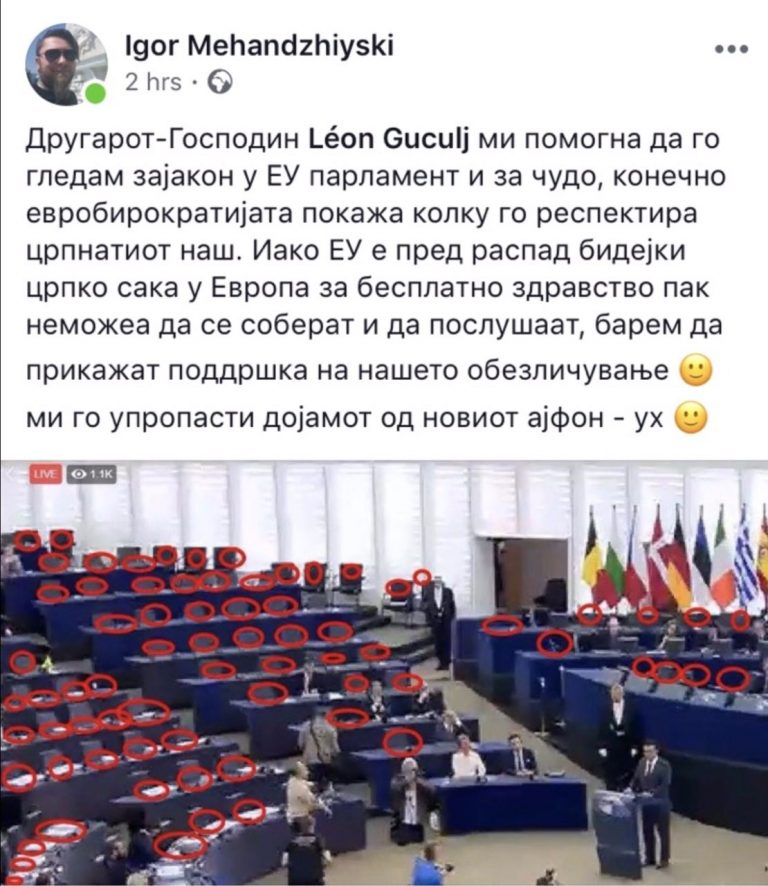 Who is he talking to?