MINA has warned for nearly five years of the dangers US State Department operative Vladimir Gjorchev poses not to the clueless DPNESDS, but to Macedonia. Most recently, MINA warned of the need to expel this traitor (here, here and here).

In addition to Gjorchev, DPNE has another high ranking traitor, a child operative who works for the British. Aleksandar London Nikoloski <– nickname was given to him by the Macedonian press (everyone knows who he works for). But on traitor Nikolovski, a bit later. 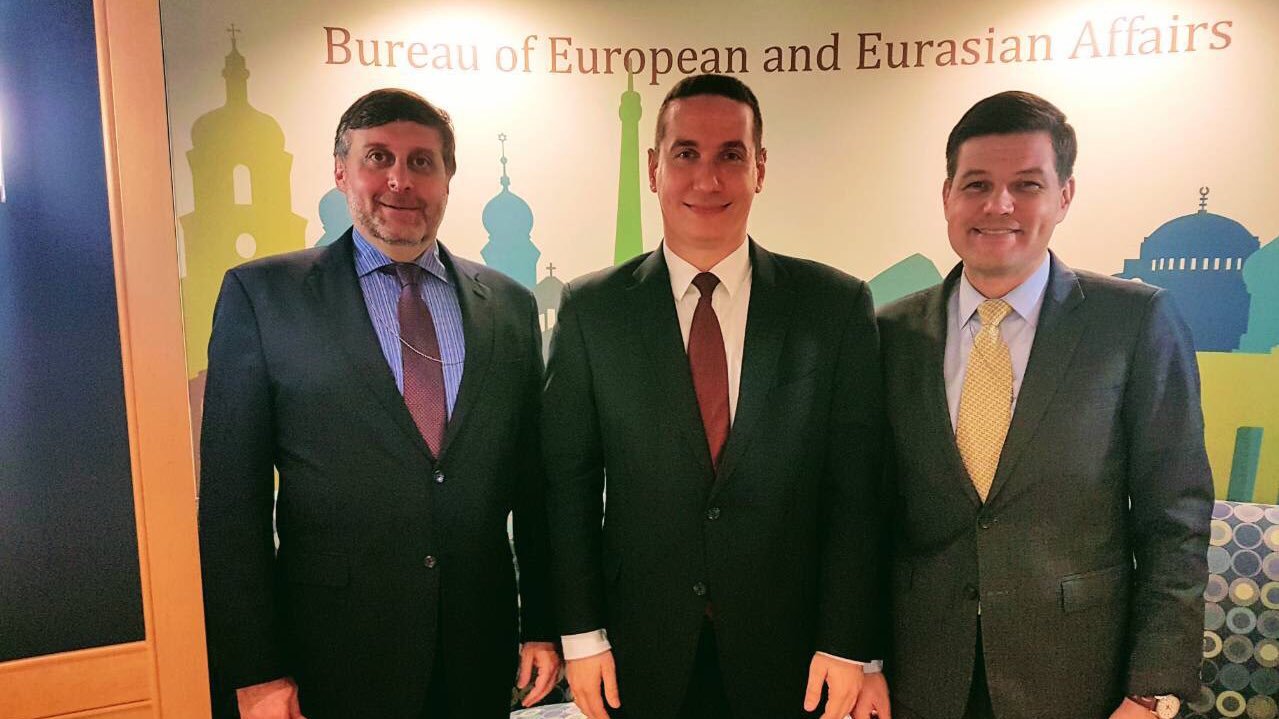 Gjorchev has made frequent visits to Washington, to allegedly represent DPNE which goes to show you how clueless Mickoski really is. During his visit, MP Vladimir Gjorchev gave false testimonies to US politicians (per his agreement with Jess Baily and Wes Mitchell) that there is Russian influence in Macedonia and thanked the US for the $8m USAid assistance to Soros run media to ‘combat Russian influence’. The money partly was used to run ad campaigns in Soros run media and influence the public to vote, but to a great extent to bribe influential public personalities and the citizenry to vote “For” in the failed referendum.

Gjorchev had also agreed to talk DPNE MPs into remaining in Parliament and vote against the Constitutional changes, as this was essential for the US sabotage to actually work and rename the country. Gjorchev has continually misinformed Mickoski of the nature of his meetings in Washington, lied to him that Trump is as good as done and will soon be replaced, thus they have to surrender to Baily (Deep State’s demands). It is the reason why Mickoski has a perpetual dumb look on his face – he is constantly being manipulated by the people around him.
If you think Zaev is a traitor, Gjorchev is defacto digging Macedonia’s grave. Zaev can’t do anything without DPNE and in particular Gjorchev’s help. It’s why Gjorchev jumped to defend Zaev in Parliament on April 27th, they have the same boss.

Gjorchev is assisted by Aleksandar London Nikolovski who is on a leash by the British Embassy. This child recently voted in the EU to block Russia’s participation in EU’s Parliament – in case you were curious why Russia’s gas pipelines are going through two NATO states and not through Macedonia which would have enriched the country by $400 million annually in transit fees. In addition, when the Brits created their Skripal poisoning false flag and Zaev was ordered to expel a Russian diplomat, it was Aleksandar London Nikoloski who spoke in the name of DPNE and applauded Zaev for the move. 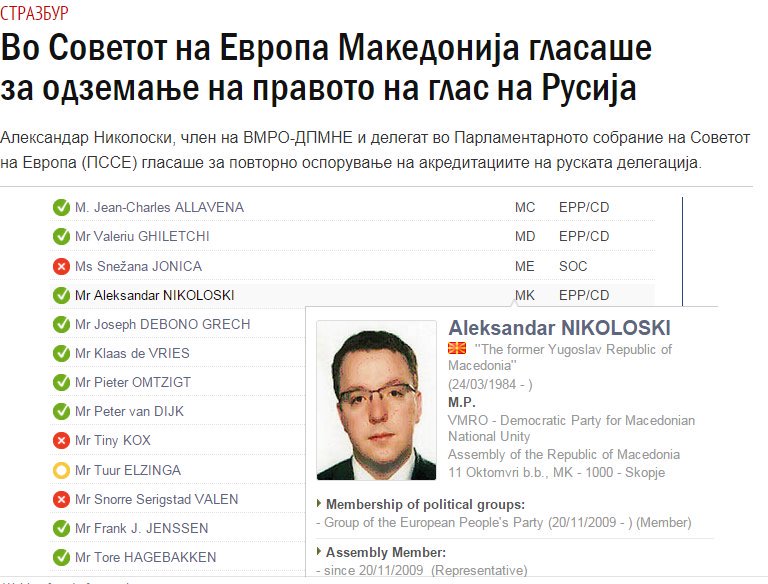 DPNE at the moment is neither active nor a functional party. They have been put completely in service to Zaev in Parliament. And with Gjorchev and Nikolovski… different outcome is not possible. Gjorchev was promised by Wes Mitchell and Jess Baily they’d let the DPNE have their ‘guy’ be the next president of North. And he believed them…