Distressed American tourists who are not lovin’ their time in Austria will soon be able to seek urgent assistance at the nearest McDonalds, thanks to the US Embassy in Vienna signing a deal with the iconic fast food joint.
Yes, you read that right. 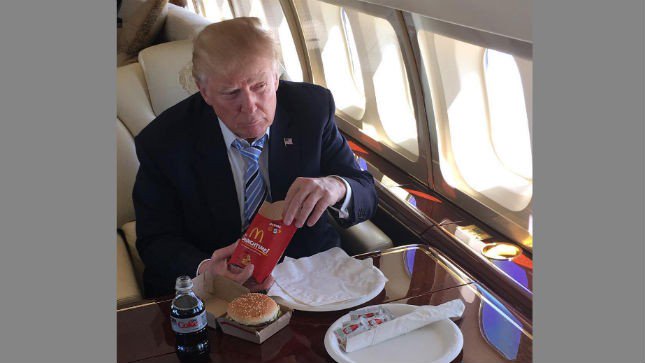 The US embassy in Austria recently announced via its Facebook page that Ambassador Trevor D. Traina had signed the agreement with the McDonald’s Austria boss Isabelle Kuster.

As part of the deal, McDonald’s restaurants across Austria will be granted permission to offer consular assistance to Americans who are “in need” and unable to reach the embassy by phone, starting May 15.

I have some questions.

Firstly, why would one not be able to contact the embassy by phone? Surely most American tourists have both phones and access to the internet (to check the number) via those phones? For those who do not have a phone or internet access, couldn’t they simply ask a travel companion or nearby stranger? If they are in the vicinity of a McDonald’s anyway, there’s probably already someone around who could help.

Then there’s the logistics of how this would all work at McDonald’s itself.

Do you go in and stand in line, as if you’re planning to order a Big Mac like everyone else? Or will there be a separate line especially for distressed Americans?

What about the staff? Will they need training for this, or are they literally just going to be making a phone call to connect people to the embassy proper? Even if that’s all they are doing, isn’t it a bit odd to have random Austrian citizens essentially working as intermediaries on behalf of the US government?

mean, there’s upskilling and then there’s really upskilling — and it’s probably fairly unlikely that Austria’s McDonald’s employees bargained for this when they signed up. There’s a big difference between apologizing for a messed-up burger order and dealing with a panic-stricken tourist who just had their passport stolen.

Also, why Austria? Do US citizens find themselves in distress in Austria at a higher rate than other countries?

So, so many questions.