Miners in Western Australia have made what many believe to be two of the biggest gold nugget discoveries in recorded history, just four days apart.

“You might go your whole life and you’ll never see anything like it. It’s definitely a once-in-a-lifetime discovery,” senior geologist Zaf Thanos said, as quoted by ABC Australia.

“As a geologist, like I said, you get excited by a pinhead speck. But to see something on this scale is just phenomenal. This sort of bonanza zone is incredibly unique.”

Miners uncovered the amazing specimens in the first week of September at the 45-year-old Beta Hunt, which is operated by Canadian company RNC Minerals, and located near the small town of Kambalda, 630km east of Perth.

The largest gold nugget was discovered 500 meters below the surface in an area just three meters wide and three meters high. It weighed roughly 90kg. Rather than wait for heavy machinery to do the lifting, the miner who discovered it, Henry Dole, and two colleagues brought the giant nugget, dubbed the “Mother Lode,” to the surface themselves using a normal trolley. 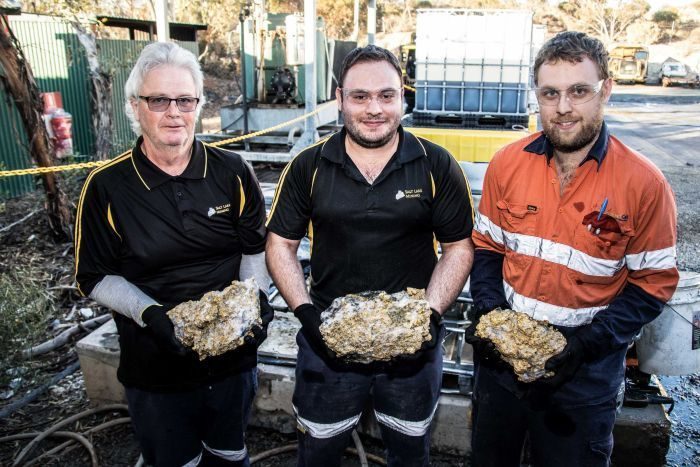 “Everything was covered in dust, and as I watered the dirt down there was just gold everywhere, as far as you could see,” Dole told ABC Australia. “I’ve been an airleg miner for 16 years. Never in my life have I ever seen anything like this. There was chunks of gold in the face, on the ground, truly unique I reckon. I nearly fell over looking at it… we were picking it up for hours.”

Despite the discoveries, however, RNC Minerals still intends to sell the mine, which is typically used to generate nickel for the steel industry. For his part, Dole believes the gold bonanza is far from over.

“I truly believe there’s something bigger and better down there,” he said. “I reckon we’re just on the fringe of it… and if we get deeper I reckon we’ll find more.”

Police searches for a mayor who bribed voters