In a rare show of unity, all major news outlets in Australia have staged a mass protest against increasingly draconian secrecy laws passed by the government, which are infringing on press freedom and the public’s right to know.

The protest was organized by the Right to Know Coalition, with the support of numerous TV, radio, newspaper and digital outlets.

Collectively, the press are arguing against national security laws which are stifling the freedom of the press and, in doing so, creating a “culture of secrecy” in Australia wherein freedom of information requests relating to even the most trivial government affairs are being denied. Some 60 laws relating to secrecy have been passed in the past two decades. 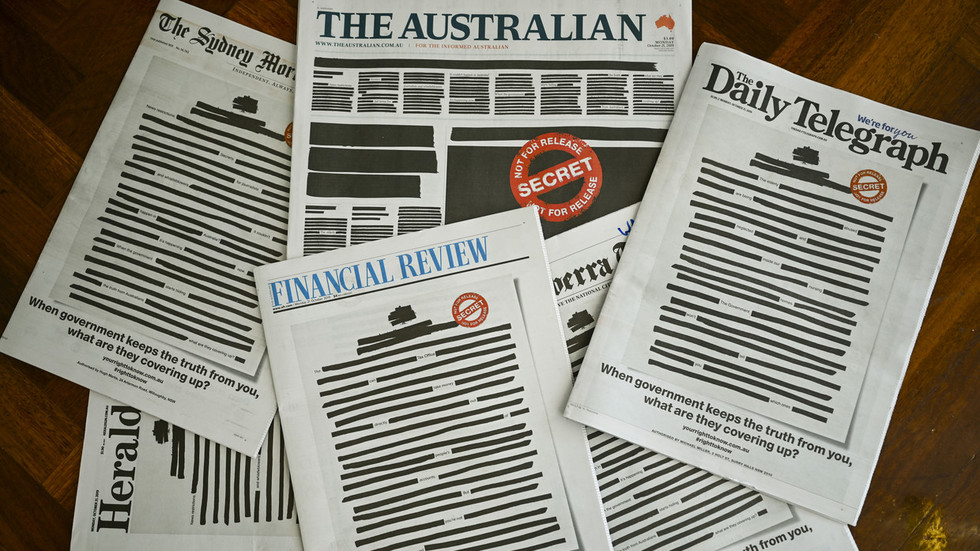 ABC Managing Director David Anderson warned that “Australia is at risk of becoming the world’s most secretive democracy.” The Australian media argue the government is trying to penalize whistleblowing, criminalize journalism, and infringe upon the public’s right to know.

The protest comes after a series of high-profile raids on the offices of the Australian Broadcasting Corporation (ABC) and the home of a News Corp Australia journalist following the publication of articles detailing alleged war crimes and domestic spying carried out by the government.