SDS leader Zoran Zaev during the protests in front of Macedonia’s Parliament in June this year publicly said that political parties and fan groups with Russian money are financed through Russian businessman of Greek origin, Ivan Savidis. Moreover, the Minister of Interior of the Republic of Macedonia Spasovski promised to investigate this incident, but to this day the incident has not been neither looked at or investigated in any way. 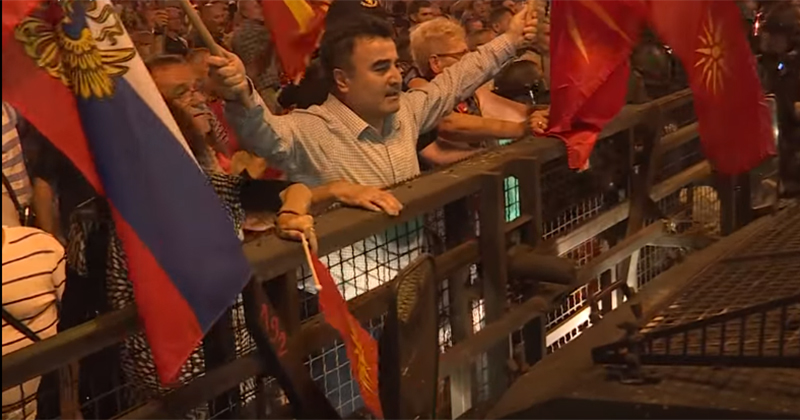 Instead, “a few days ago information became public that it was Zoran Zaev and people from his surroundings in power who were in very close business and political ties with the Russian businessman Ivan Savidis who is of Greek origin. We express great regrets from the usual craziness of Zoran Zaev to take Russian money from Savidis for the purpose of financing parties and fan groups in Macedonia instead of showing correctness and sharing the money with “United Macedonia”, because, yes, the entire media machinery aligned with Zaev reported that our party was financed by Russian money. Zaev, give us some of the money you took from Savidis” the party said.

MINA reported roughly two months ago that the US Embassy initiated a project to show “Russian meddling” in the country by employing Zaev and Savidis who in turn contacted Janko Bachev from “United Macedonia”. Bachev, was promised big money and with several followers was always pictured in protests waving Russian flags – this was immediately used by Zaev for propaganda purposes that he was up against “Russian influence”. But now, Bachev wants the money he was promised.

Apparently, none of this people realize they are dealing with Zaev whose every word is a lie.