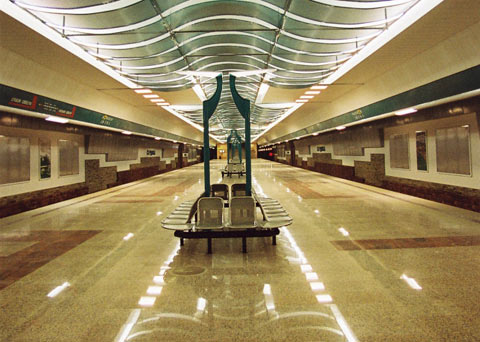 The European Commission adopted Thursday a new investment package worth 86.6 million euro from the European Regional Development Fund (ERDF) to finance further works on the western part of the third line of the Bulgarian capital’s subway network, BTA reported.

The funding will be used to build four new underground stations on a 4 km-long section, from the city centre to the Sofia Ring road via a housing district in the south-western part of the city.

Commissioner for Regional policy Corina Cretu said: “The metro in Sofia is used by over half a million people every day; it has become a part of everyday life in the city, and the inhabitants now enjoy a modern, accessible and comfortable public transport system, in addition to a reduction in travel times, air pollution and traffic jams in the entire capital. And all of this was made possible thanks to the significant financial support of the EU.”

Last year, a first investment package worth over 368 million euro from the ERDF was adopted by the EC to support the construction of the new line 3 of Sofia’s underground. When complete, this new line is expected to be 16 km-long with 19 stations, bringing the total Sofia underground network to 56 km of lines and 53 stations by 2020. Almost 500 million euro of EU funds have been invested in expanding lines 1 and 2 in the 2007-2013 funding period, especially to ensure smooth connections to the Sofia Airport and the Sofia Business Park.