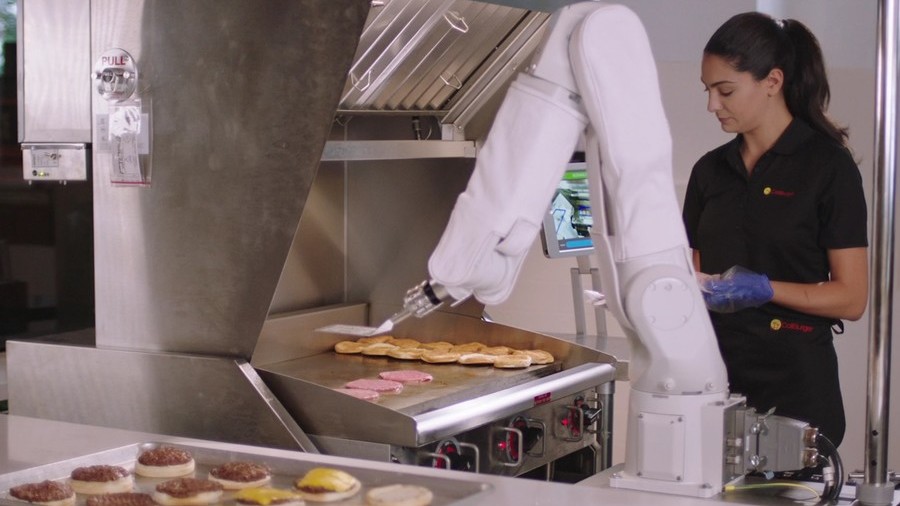 Human burger-flippers can breathe a momentary sigh of relief: the robot that was put to work over a hot grill in California this week has already been suspended. The bad news? It will be back.

While workers of the world worry about a dystopian future in which robots take their jobs, at least one sector of the workforce can relax a little –for now– as Flippy, the appropriately named burger-flipping robot, has been taken off the job after only one day.

Flippy made its debut this week at CaliBurger, a fast food restaurant in Pasadena, California. The Miso Robotics robo-chef was supposed to assist its human counterparts in the kitchen but has been taken offline so it can get some upgrades in order to cook faster.

Its human assistants (sounds creepy, right?) are also in need of some training so they can work with Flippy, who can reportedly cook up to 2,000 patties in a single day.

“Mostly it’s the timing,” Cali Group chief technology officer Anthony Lomelino, told USA Today. “When you’re in the back, working with people, you talk to each other. With Flippy, you kind of need to work around his schedule. Choreographing the movements of what you do, when and how you do it.”

Eventually Flippy (or Flippies) will be rolled out in up to 50 CaliBurger restaurants, Lomelino said.

15 most influential cities in the Crypto world