A vehicle has rammed into a crowd of people in the western German city of Muenster. Four people, including the suspect, were killed in the incident, according to authorities.

The number of dead was confirmed by the interior ministry to DPA news agency. Around 30 people are estimated to have been injured, though the final figure is yet to be announced. At least six among the injured are in critical condition, German media report, citing police sources. 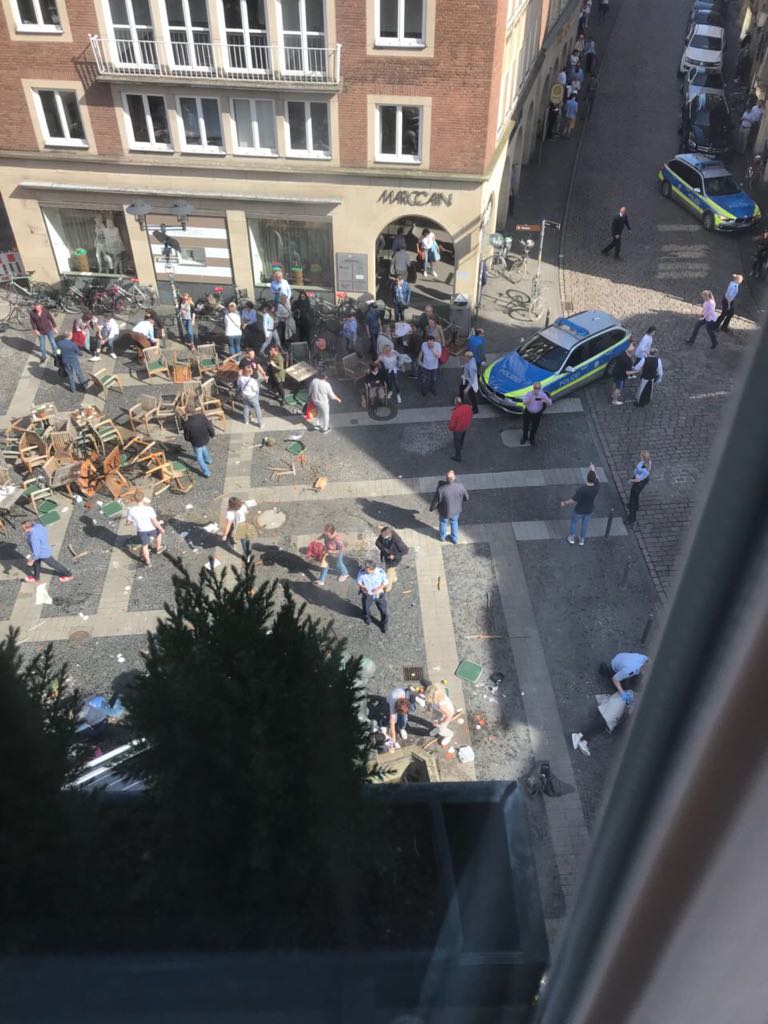 Police have cordoned off the area and asked people to avoid it. The nature of the incident remains “unclear,” police said in a Twitter post urging everyone to “avoid speculation.” According to some media reports, police are looking for explosives in the suspect’s car that was driven into the crowd. However, there has been no official confirmation of this from police.

Photos from the scene appear to show a grey minivan, seen among scattered chairs and tables in a narrow street. The café in question, called the Kiepenkerl, is popular among locals and tourists. It is located in the historical part of the city. The street where the incident took place is also located in the vicinity of several major shopping centers.

The driver of the vehicle has taken his own life, German police confirmed to the country’s DPA news agency. Authorities say that currently they are not looking for any further suspects, and that the danger is likely to be over.

The incident might have been a terrorist attack, the German Rheinische Post said, citing police sources. However, no official confirmation has been issued.

A Kurdish demonstration was scheduled to take place in central Munster later on Saturday. The protesters planned to rally against the Turkish operation targeting Kurdish militias in northern Syria. Around 1,500 people were expected to take part, according to German Focus magazine. Following the incident, the demonstration was called off by the authorities.

US quiet as Turkey unleashes fury on Kurds in Syria