According to information published on the social network twitter, numerous peopole claimed that tonight the grandiose monument of Alexander the Great will be removed.

A crane arrived from Bulgaria and was placed in the “Avto Komanda” Fire Brigade and then relocated.

The crane was quite large, has a load of 80 tons and a height of 50 meters for maneuvering, which makes it logical that it will be used for a large operation, such as the displacement of the Alexander the Great monument, easily the biggest attraction in the Macedonian capital.

There has been no information from the Government, however people have already started arriving in downtown, essentially forming a human shield around the monument.
We did report two weeks ago that the US Ambassador has requested from Zaev to remove the monument in March. 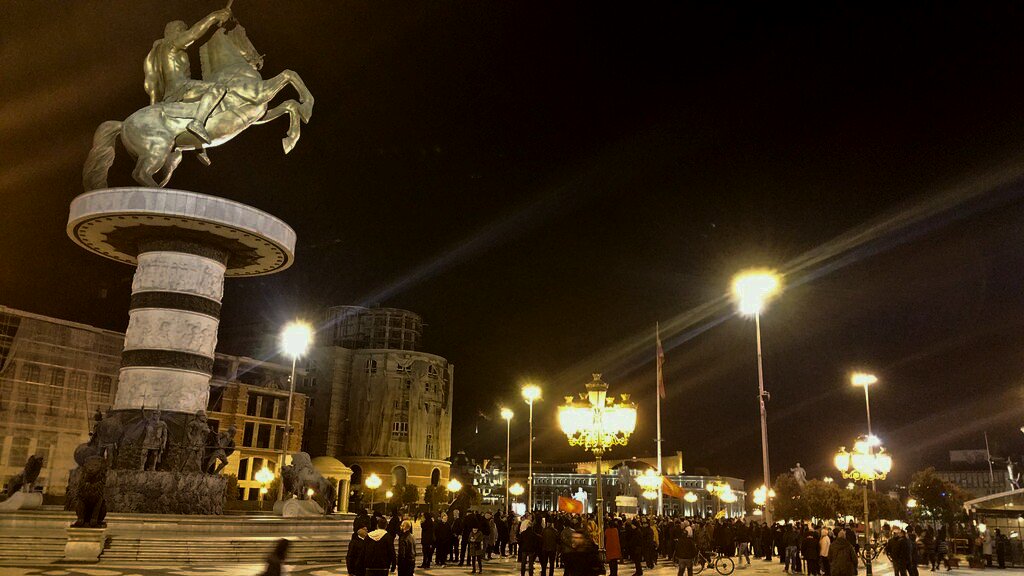