Without bearing the signature of President Ivanov, the Official Gazette of the Republic of Macedonia today published the amendments pushed through Parliament on Friday, which illegally rename Macedonia. 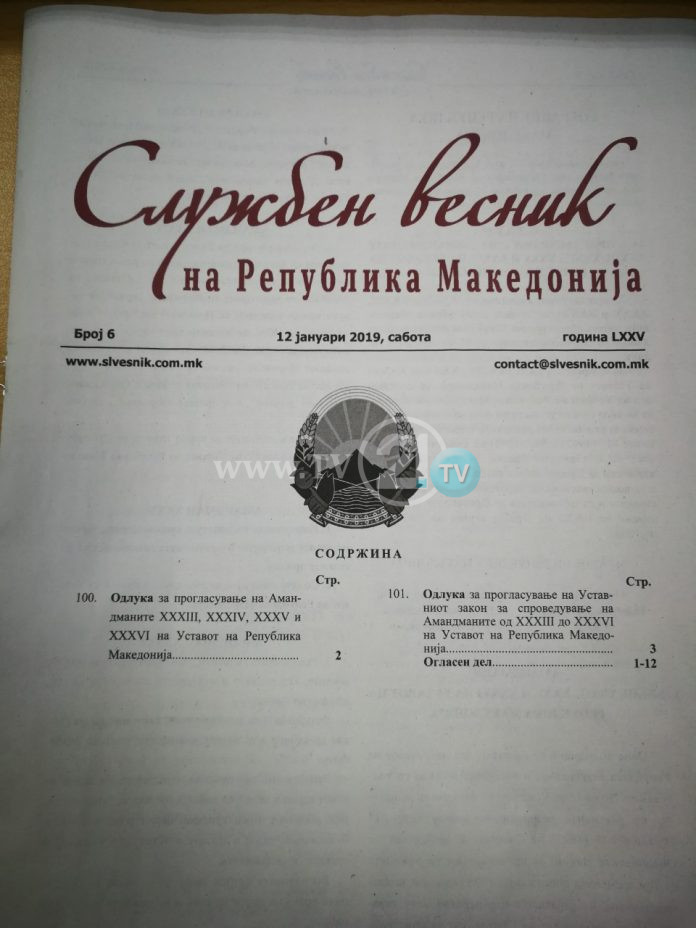 The amendments bear the signature of Talat Xhaferi, not President Ivanov. This is highly, highly illegal and unconstitutional. According to Zoran Zaev who turned into Constitutional Scholar for a day, this violation of the law is acceptable for his party because the Parliament adopted a decision to declare the amendments valid at the same time when they were voted on.

President Ivanov announced he will not support the illegal renaming of the country.

The heavy hand of the US Embassy over the Constitutional Court have resulted in the Macedonia’s highest court being a non-existent entity in the country, have neither commented nor made a statement regarding continual flagrant breaking of the country’s constitution. In fact, as several law professors have pointed out, Constitutional judges are themselves liable for what is happening and have qualified for lengthy prison sentences.

Update: In addition to the amendments, Xhaferi also signed the anti-constitutional language law, published today in the Official Gazzette, once again without the president’s approval.

This means one thing: Zaev’s puppet Government are clearly not afraid of being arrested for treason, breaking every imaginable constitutional law, and are convinced they are ‘safe’ by the US Embassy who is managing and overseeing the whole process. This is aided by the fact the public is lethargic, not willing to protest and are very disappointed mostly thanks to the quite skillful US controlled opposition which has effectively killed off people’s fighting spirit. Thousands of DPNE members cannot process the fact their allegedly patriotic party has been in on it the whole time. Well, to those DPNE members: Wake Up! DPNE = SDS = DUI, they are all anti Macedonian and have the same boss. The sooner you realize this, the better.