This evening DPNE’s HQ in the downtown area of Skopje was vandalized by what appear to be SDS activists. The irony is that DPNE’s offices were repeatedly vandalized when they were in power. Back then, the DPNE not just it never made any arrests, but it allowed around 150 SDS and Soros activists to terrorize the city, the police, paint all monuments, even let them burn down the president’s office.

While it made no arrests while in power, the DPNE today as opposition sought the SDS run police make arrests for today’s vandalism of their HQ. We all get the irony.

–The VMRO-DPMNE’s attack is an act of violence and vandalism, but also an attack on all those who protect the Macedonian national interests. Indications for this say that those responsible for this attack are structures close the SDS, following in the footsteps of their Colorful Revolution. On what basis do we base this conviction? For a long time VMRO-DPMNE warns that the government led by Zoran Zaev has a violent scenario implemented by his installations and police structures aimed at pushing VMRO-DPMNE into violence in an effort to delegitimize our fight against Zaev’s capitulation in the name negotiations with Greece”, DPNE’s spokesman Janushev said. 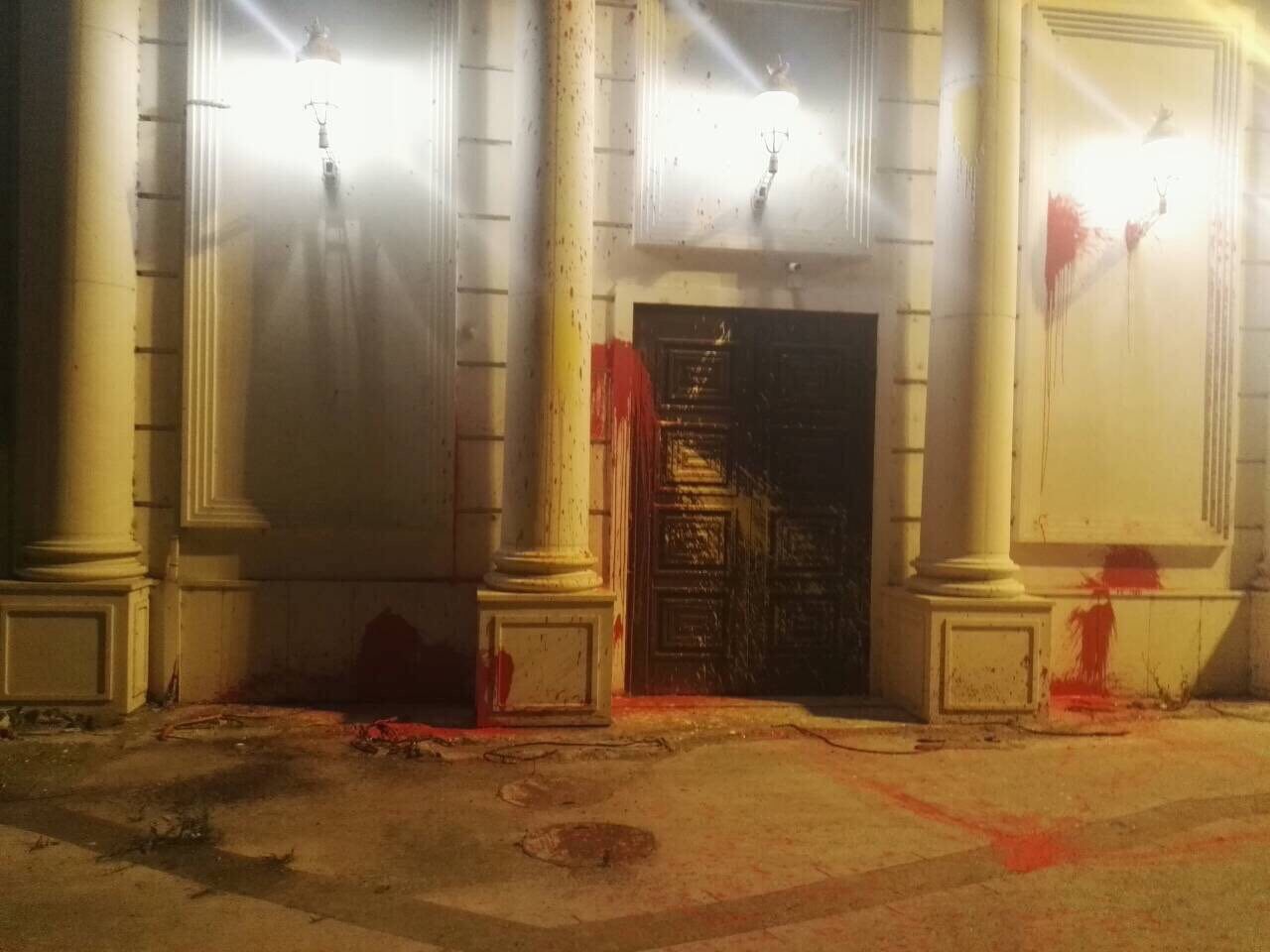 It must be said that the DPNE from what we have seen, would not really qualify as “protector” of national interests, however we note DPNE’s spokesman Janushev for his efforts to portray the party as such.
The DPNE has distanced itself from Macedonians, is not involved in the daily protests, it needed 3 months to ‘schedule’ a protest which was prolonged for weeks. The party returned to Parliament after its leader Hristijan Mickoski met with Governor Baily and Soros rep Frederica Mogherini. The party has in fact, done an excellent job in creating a wedge between Macedonians and it continues to do so.