The DPNE is unable to select a presidential candidate within a close circle of proven people (Karakamisheva, Durlovski…), and is seeking the public’s help.

Do you think you have what it takes to be the next Macedonian president and help DPNE along the way look like a transparent political entity where democracy is above all?

The voting for the party’s nominee will be secretive, the decision will be made by 550 delegates, at least that’s what the DPNE says in their PR piece shown below.

If we see a repeat of the way DPNE elected their new party leader (no one was allowed to nominate themselves), Mijalkov made the call and chose Mickoski giving delegates no choice but to vote for the only nominee, then expect a similar decision will be made not by Mijalkov (as was the case with Mickoski), but by the other main financier of the party, Gruevski from Budapest. 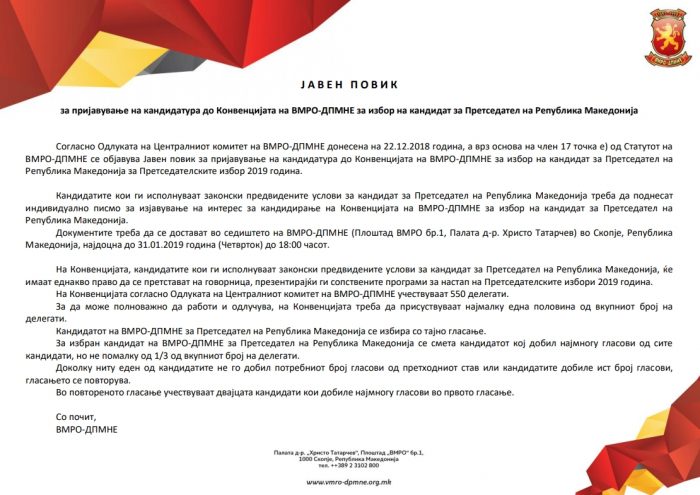 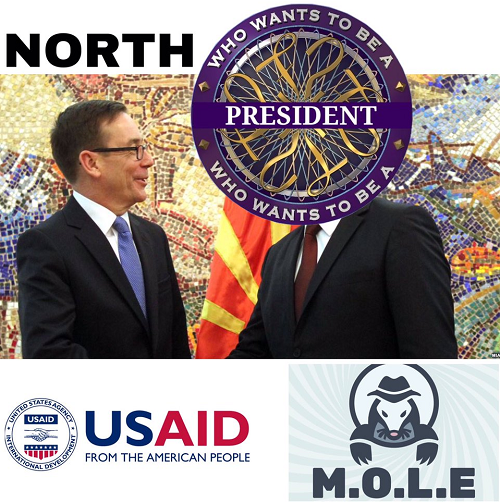