Czechs, Slovaks, Hungarians and even Poles all agree they would be much safer if they were not forced to pick sides between NATO and Russia.

This is according to research financed by America’s own National Endowment for Democracy.

In each of the countries at least twice as many people agree with this sentiment as disagree with it. 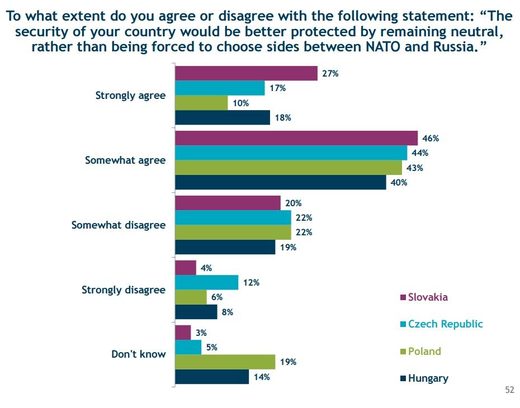 Three of the four nations would like to see Russia as part of Europe’s security system.

Poles are opposed, but not as overwhelmingly as Slovaks are in favor (35 to 51).