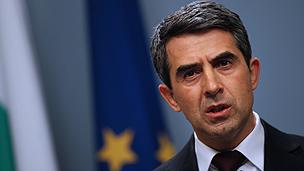 Former Bulgarian President Rosen Plevneliev said that Bulgaria has an interest in maintaining peace and stability in the Balkans, and to promote good neighborly relations with Macedonia and help Macedonia join NATO and the European Union, but asked for an end to the “ideology of Macedonianism”.

“That is a fully anti-Bulgarian ideology which makes us into fascists. It is an ideology of erasing and manipulating history. Bulgaria should come out clearly to say that we are for a united and indivisible Macedonia. It’s a young country and it needs help moving forward. Bulgaria doesn’t need more territory. Bulgaria is for maintaining the borders, permanent peace and good neighborly relations”, Plevneliev said in an interview.

Bulgaria has objected to Macedonian historic and cultural references to the occupation period in World War Two, during which Macedonian guerrillas fought Bulgarian fascists and the occupying forces sent nearly the entire Jewish community living in Macedonia to German death camps. The newly appointed Macedonian Government is in talks with the Bulgarian Government to sign a friendship treaty which would include joint celebrations of historic events and changes to history books. Bulgaria has conditioned its support for Macedonia’s Euro-Atlantic integration with the signing of this friendship treaty.

Plevneliev blamed opponents to the treaty of being close to Russia and Serbia. According to Plevneliev, Russia is trying to destabilize the Balkans, and he called on Bulgarian politicians from all major parties to initiate a debate and to avoid approaching the issue from positions of foreign countries.