Gay German Foreign Minister Michael Roth (yes, the same guy who enjoyed peddling in Lake Ohrid with Nikolce Dimitrov), spent two months lobbying for Macedonia to change its name, scolded the Macedonian public not to dare and boycott the Referendum because like we all know boycott is never the answer, particularly when the final result is not liked in Berlin, London and the plantation owner in Washington.

Here is what Germany’s Foreign Minister had to say about Macedonia’s boycott: 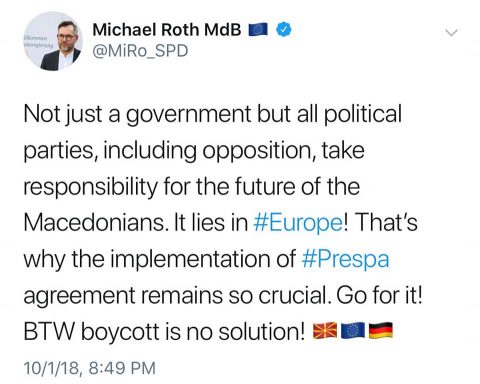 But, the German idiot changed his mind days later during a Referendum in Romania.

The Romanians went out to vote in a Referendum to ban same sex marriage. The Referendum failed thanks to a massive financial involvement by Brussels, London and Berlin who very much bribed Romanian political parties and NGOs urging them to boycott the referendum. If a week earlier Boycott was not the answer, today absolutely Boycott was the answer. Per the German FM, Macedonia’s boycott doesn’t need to be respected, but the boycott in Romania, well that’s something else, the people have spoken there and it must be respected. And EU politicians act surprised when no one takes them seriously! 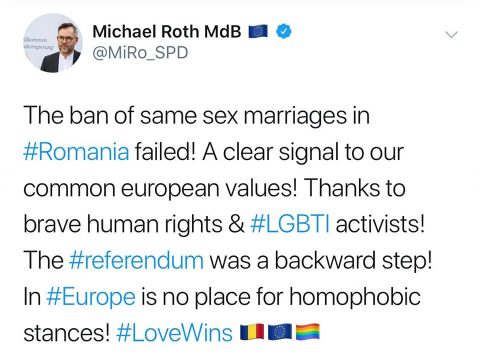