New research from an international team of physicists has revealed that the Great Pyramid of Giza may be able to focus electromagnetic energy through its hidden chambers and under its base.

Scientists at Itmo University in Russia and Germany’s Laser Zentrum Hannover applied methods of theoretical physics to investigate the electromagnetic response of the ancient Egyptian pyramid to radio waves.

Their calculations predicted that in a resonant state the pyramid could concentrare electromagnetic energy in its internal chambers as well as under its base, where the third unfinished chamber is located.

The Great Pyramid is the largest and most complex of the pyramids on the plateau of Giza. Last year a 30-meter-long hidden chamber was discovered inside, adding to the mystery surrounding the oldest of the Seven Wonders of the Ancient World and prompting new studies into the legendary Egyptian structure. 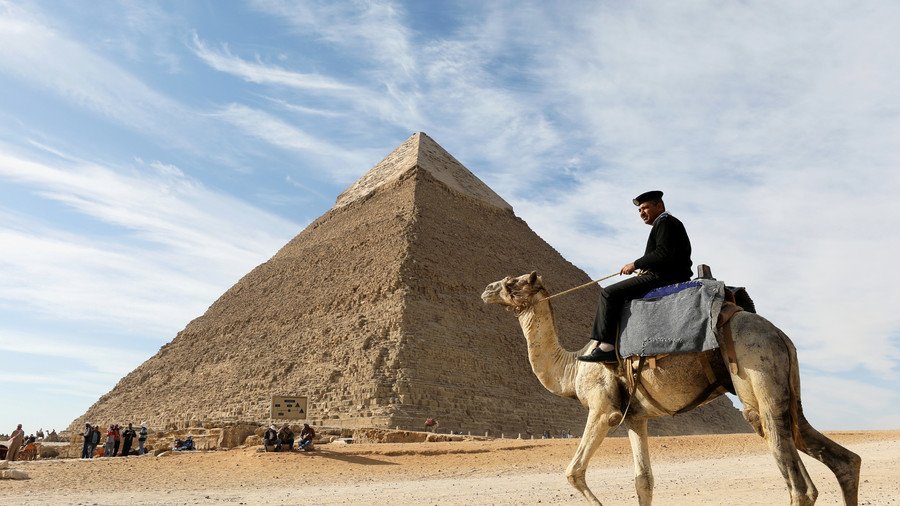 “Egyptian pyramids have always attracted great attention. We as scientists were interested in them as well, so we decided to look at the Great Pyramid as a particle dissipating radio waves resonantly,” Dr. Andrey Evlyukhin, study co-author explained.

The research team created a 3D model of the pyramid and used analytical methods of theoretical physics to come up with their conclusions. In order to explain the results, the scientists conducted a multipole analysis – a method widely used in physics to study the interaction between a complex object and electromagnetic field.

Due to the lack of information about the physical properties of the pyramid, researchers had to work off a number of assumptions – including that there are no unknown cavities inside, and the building material with the properties of an ordinary limestone is evenly distributed in and out of the pyramid.

“With these assumptions made, we obtained interesting results that can find important practical applications,” Evlyukhin said. The team is now hoping to create a similar concentrating effect on a nanoscale size. These nanoparticles could then be used for the development of sensors and highly efficient solar cells.

“Choosing a material with suitable electromagnetic properties, we can obtain pyramidal nanoparticles with a promise for practical application in nanosensors and effective solar cells,” study co-author Polina Kapitainova said.

The study has been published in the Journal of Applied Physics.

Bill Gates is cooking… warns of much worse pandemic

After Catalan vote, Spain will never be the same

EU Members complain Brussels is too soft on US Tech Firms