In some parts of Greece, the resistance against the name agreement is growing, and protests were held in many cities today, “To Vima” reported.

A protest is scheduled for today at the monument of Alexander the Great in Solun, which is expected to be addressed by actors who will talk about “Macedonian Hellenism”. Earlier two protests began in Heraklion and Hania.

Tomorrow, at 19.30, “Vergina is rising”, claims Greek media. The place was chosen because Kutlesh (renamed to Vergina) is the location of a tomb considered to be the Macedonian king Philip, the father of Alexander III, that is, as the organizers of the protest demanded through the social media “to express a clear message about the Macedonian Hellenism” . 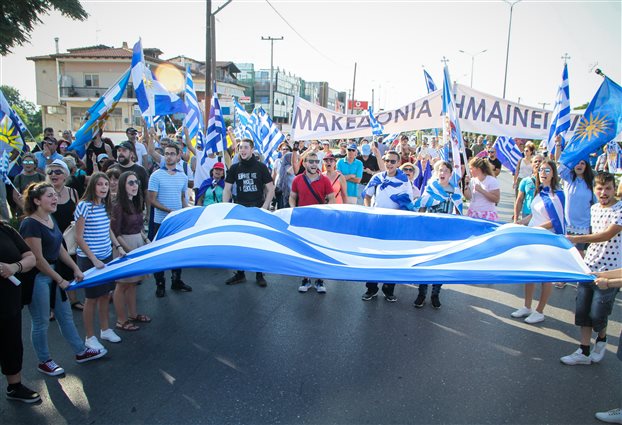 There will be protests in Trikala on Wednesday.

And as the protests are spreading more, a survey of CAPA published today and conducted on 9,800 people showed that 58 percent of respondents had a negative attitude on the deal between Zaev and Tsipras, while 30 percent expressed a positive attitude. An identical 58 per cent think the deal will have 151 votes in parliament, while 31 per cent think it will not be voted.

Nea Demokratia has no issues with agreement

But interesting is the indicative figure that 56% of the respondents believe if Nea Demokratia comes to power, they will respect the agreement. Such was the statement by the party’s leadership who stated if the agreement was ratified they would respect it. In fact it becomes quite obvious that the Greeks are faking both protests and polls to show how dissatisfied they are with the deal, how allegedly bad it is, but in the end it’s just a nicely packaged propaganda by Athens. Kammenos perhaps said it best “we are getting 30 billion euros as part of this, and it should convince us that the deal is not good, but it is perfect for us.

In fact, all protests in Greece were and continue to be organized by Tsipras and Soros backed NGOs, all in an effort to help Zaev who has multiple stumbling blocks ahead.

Zaev: Modular hospital followed coffee shop standards, should we all set ourselves on fire?