Greece’s top military brass have fired off a set of unusually stern warnings to Turkey, threatening to crush its troops if they dare to land on any disputed islet in the Aegean Sea – but Ankara didn’t mince its words either.
Reacting to violations of Greek airspace by Turkish jets over the Aegean, Defense Minister Panos Kammenos warned that Ankara would pay a price. “If they make the slightest move, we will crush them,” Kammenos threatened. Athens wants peace and harmony, he said, but it won’t “concede a single centimeter” of its land. 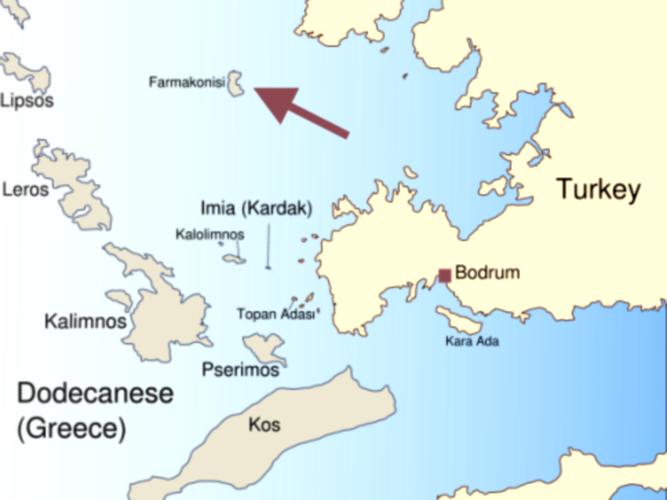 The minister was visiting a military outpost on the small Aegean island of Leros, so the bellicose rhetoric could be explained by his desire to raise the troops’ morale. But it was also echoed by Admiral Evangelos Apostolakis, chief of the Hellenic General Staff.

“If the Turks land on a rocky islet, we will raze it to the ground. That is a red line that is espoused by the government,” Apostolakis declared. He suggested that a military confrontation with Turkey is a possibility, but said “along with the US and the European Union, we want to ensure that the Turks do not reach that point.”

It comes after Greece’s military said that a pair of Turkish F-16s made a flyover of the island of Kastelorizo in the eastern Aegean on Thursday, minutes after a helicopter carrying Greek Defense Minister Panos Kammenos traveled through the area en route to Athens.

Turkey, however, will not allow “any fait accompli in the Aegean and the Mediterranean,” according to Gen. Hulusi Akar, chief of its General Staff. There is no way that Turkey will back down “from the rights of our country and our people,” he said.

Despite formally being NATO allies, Greece and Turkey share an uneasy history. The modern-day Turkish Republic was founded after a bloody war with Greece and Western powers back in 1923.

Hostility between Athens and Ankara persisted throughout several decades, reaching its peak during the Cyprus Crisis, which almost erupted into full-scale war after Turkish troops invaded the north of the island in 1974.

Currently, Greece and Turkey have several disputes over the Aegean. The sea is dotted with dozens of small islets, making delimitation of the maritime border especially challenging. Several clashes between both countries’ warships have taken place over the last few years, along with numerous mid-air encounters of Turkish and Greek jets.

At times, both countries have tried to come to an agreement over the issue, but to no avail so far.