Kyriakos Mitsotakis, the leader of Nea Demokratia and near certainly the new Greek Prime Minister during a speech in Parliament stated he will absolutely block any negotiations between Macedonia and the EU.

Nea Demokratia has an 11% lead in the latest election polls over Syriza, which means Mitsotakis will be appointed the new PM in the upcoming Spring elections, hence the rush by the US to ram the Prespa agreement in Greek Parliament, in an identical fashion it was done in Macedonia via blackmails and bribery. 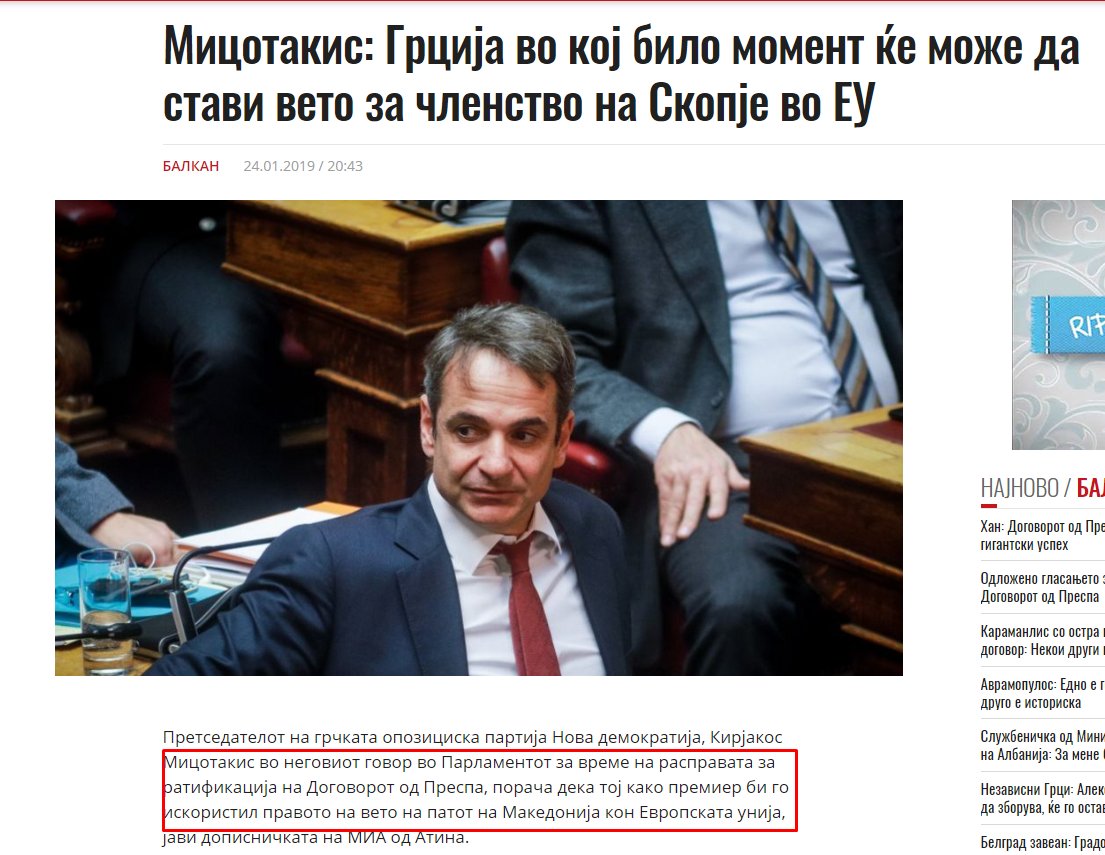 While dozens of MPs in Greek Parliament used their opportunity to explain why they were ‘for’ or ‘against’ the agreement, Mitsotakis stated the agreement to him was meaningless and he would block any effort for Macedonia’s EU integration if it ever came to it.

The Prespa Agreement, ironically doesn’t specify what Greece can and can’t do, it only specifies what Macedonia must do, and that is to erase itself. There are no obligations for Greece.
As for the EU, we don’t believe Macedonia’s EU ‘integration’ is even an option anymore. The EU has faced one debacle after another, with EU states openly opposing Brussels, others are forming their own mini-EU (Visegrad group, France & Germany…), but the one thing most EU states have agreed upon is there will be no new members until 2030.

Now, to the Northern fascist junta in Macedonia who promised the country would enter in EU and NATO by the end of 2018, how is this working out?