At today’s SDS congress which welcomed Zaev in a half empty hall, a special guest speaker was European MP from Croatia Tonino Picula, well known to the Macedonian public as a Greek lobbyist in Brussels.

Now thanks to hackers who gained access to Open Society email servers, his name and those of other Anti-Macedonian lobbyists is shown as a frequent recipient of money from George Soros. 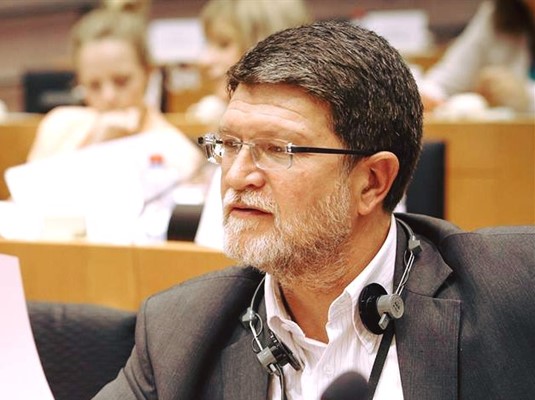 Picula during his speech at SDS’ congress told Zaev that he now knows what he needs to do, namely change Macedonia’s name as his obligation to his supporters in Brussels and Soros(?!).

As a reminder, Tonino Picula, was also part of Victoria Nuland’s team who led the coup, the destabilization and the subsequent destruction of Ukraine which has been marred in a civil war for three years.
American Hoyt Yee and Tonino Picula are the two individuals mentioned by Zoran Verushevski in his skype communication with Zaev in the early stages of the Macedonian coup.

From the hacked list of European MPs on Soros payroll, we recognize not just Social democrats who openly supported Zaev during the coup, but EPP members (VRO-DPNE’s sister party) who on paper should support Gruevski:

Just like in the US where Soros openly funds not just Democrats, but key members of the Republican party: Paul Ryan, McCain, Boehner… in Europe Soros cleverly has in his pocket members of both the left and the right. Soros through Open Society has bribed 226 MPs out of the 750 in total. The entire list of bribed MPs is available here.