On April 21st, the illegitimate Government of Macedonia led by Zaev is organizing presidential elections.

These elections must be boycotted by every Macedonian citizen, and here is why:
1. The presidential elections are organized by a Government which was installed to power via a coup on April 27th. The coup was organized by SDS and DUI elements in Macedonia’s secret service DBK who nicknamed the operation “Wild Angel”. Gruevski had knowledge of and approved the operation. DPNE MPs invited angry Macedonians to enter the Parliament in order to create chaos. This chaos, this incident was then quickly used to illegally install Xhaferi as speaker and then give the Government mandate to Zaev.

2. SDS and DPNE collaborated behind closed doors to illegally change the name despite failed Referendum where the citizenry clearly rejected such move. DPNE could have easily given up their Parliament mandates and or quit Parliament which would have quickly ended any name change attempt. Instead, the DPNE aided and supported the process throughout.

3. DPNE introduced Siljanovska as their candidate, we predicted this two months before their announcement. Siljanovska is Reeker’s candidate. She has zero ties to DPNE, all of her life has been a member of Soros Open Society Foundation and a high ranking SDS official.

4. SDS introduced Pendarovski as their candidate, a proven loser who has often insulted Macedonians, thus drastically boosting the chances of their ‘other candidate’ Siljanovska. Pendarovski is the spotter.

5. DPNE and SDS are working together. SDS is the virus that we all know, while the DPNE is the controlled opposition with terrible theatrical skills. The one thing both have in common is that they have the same boss in Washington.

6. Presidential elections are organized by illegitimate Government, thus, by default the elections are illegitimate. The Courts are under the control of the junta, votes are gathered and counted by Zaev. He is the prosecutor, judge and the jury.

The turnout will also be used by these fascists to claim that Macedonians were happy with the changes, approve of the changes and they showed it by voting for the presidential elections. In addition, they need a president to sign off and cover-up all of their crimes. DPNE already has a president, today, in office, who hasn’t moved a finger for two years. He has ignored all requests including the latest to contact the UN and inform them of the illegal name change.

8. Macedonia is under occupation, way worse than the one under Ottoman rule. Don’t give legitimacy to this illegal criminal junta. Don’t give them your vote for North. Don’t get involved in their crimes.
Boycott.

Lastly, don’t let the image below become normal in a country where there are: Serbian Theater, Albanian Theater, Turkish Theater and starting today, a “National Theater”. No sign of a Macedonian theater. The fascists want to erase the word Macedonian in … Macedonia. 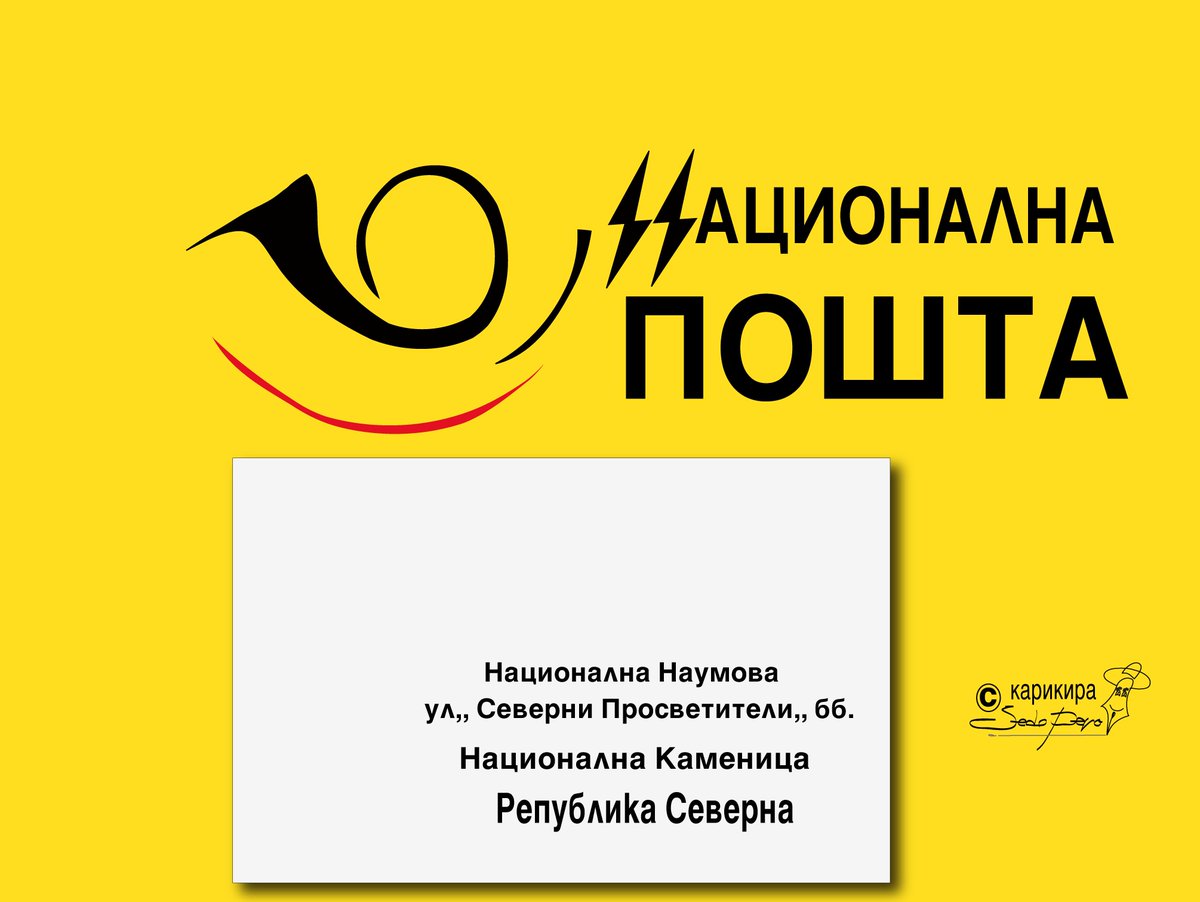