Carter Devries, a 51-year-old who works in sales and marketing in Louisville, Ky., is a self-described jeans aficionado who researches brands on Instagram. But it’s not an American label he covets. It’s a high-end, niche Japanese one touting labor-intensive craftsmanship and individual details—and a price tag of up to $2,000. “I would really like to own a pair of Momotaros,” he says, dropping the name of the cult Japanese line.

The quintessential American fashion item is getting reimagined by a small group of Japanese brands. Made on old Japanese looms and using old-fashioned indigo-dyeing techniques, Japanese denim is rougher than its American counterpart, with sharper fade and crease lines. To the uninitiated, jeans from labels such Momotaro, Kapital and Warehouse might look like $25 pairs at Target, but devotees note details like invisible rivets hand-stitched inside the fabric or vintage-looking uneven yarn.

In the U.S., Japanese denim has achieved cult status among denim snobs, with high-priced pairs selling at the likes of Barneys New York and Neiman Marcus. But even Gap notes that it “now consistently offers Japanese selvedge within its denim assortment,” and mass-market Japanese brand Uniqlo touts its own version of the denim, “created using vintage looms,” for under $100.

“If someone wants the best denim, they will be led to Japanese denim,” said Kiya Babzani, co-owner of five North American shops called Self Edge that sell Japanese denim. Demand is so hot that next year the company plans to open a sixth boutique.

A typical pair of hand-stitched jeans from Momotaro costs $300, but the price can go as high as $2,000 for a pair in which the fabric is made on a hand-operated shuttle loom that produces less than a yard a day. Momotaro sells its products at a handful of its own shops in Japan as well as small boutiques in U.S. cities such as New York, Chicago, Seattle and Los Angeles. 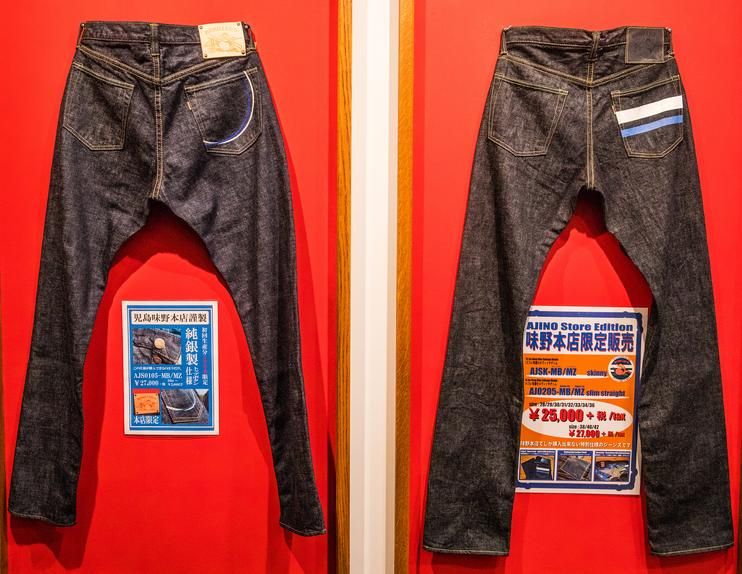 Denim has followed a well-trod path in Japan, in which manufacturers initially copy foreign products—from Neapolitan pizza to preppy Ivy League-style clothing—and then transform them into something more uniquely Japanese. Early Japanese denim brands from the 1960s and 70s, with names like Big John and Betty Smith, were known for reproducing American denim. Now, a newer crop is taking a more artisanal tack, touting the kind of craftsmanship that might go into a piece of Japanese lacquer ware or pottery—with a price to match.

“American tradition made better? Many people have said that to us. We’re not thinking about making something American,” says Tatsushi Tabuchi, general manager of Momotaro Jeans.

Many of these denim-makers cluster in the western Japanese city of Kurashiki, whose Kojima district was once a hub for manufacturing school uniforms, judo-wear and canvas sails. Denim-makers there have used the old looms to make jeans with a rougher weave.

The marketing has a modern flair, though: Each label has its own fixation ready-made for Instagram. At Kapital, it’s the tattoo-inspired embroidery and patchwork look; at Warehouse, it’s using uneven yarn to reproduce a vintage style of denim fabric. Mr. Devries, the Kentuckian, says Instagram photos fueled his interest. “I was aware of Japanese denim but getting dialed into the specific brands, the cuts, the fits, that’s something that Instagram has really helped with,” Mr. Devries says. He owns several pairs of Japanese denim; the priciest is worth $350. 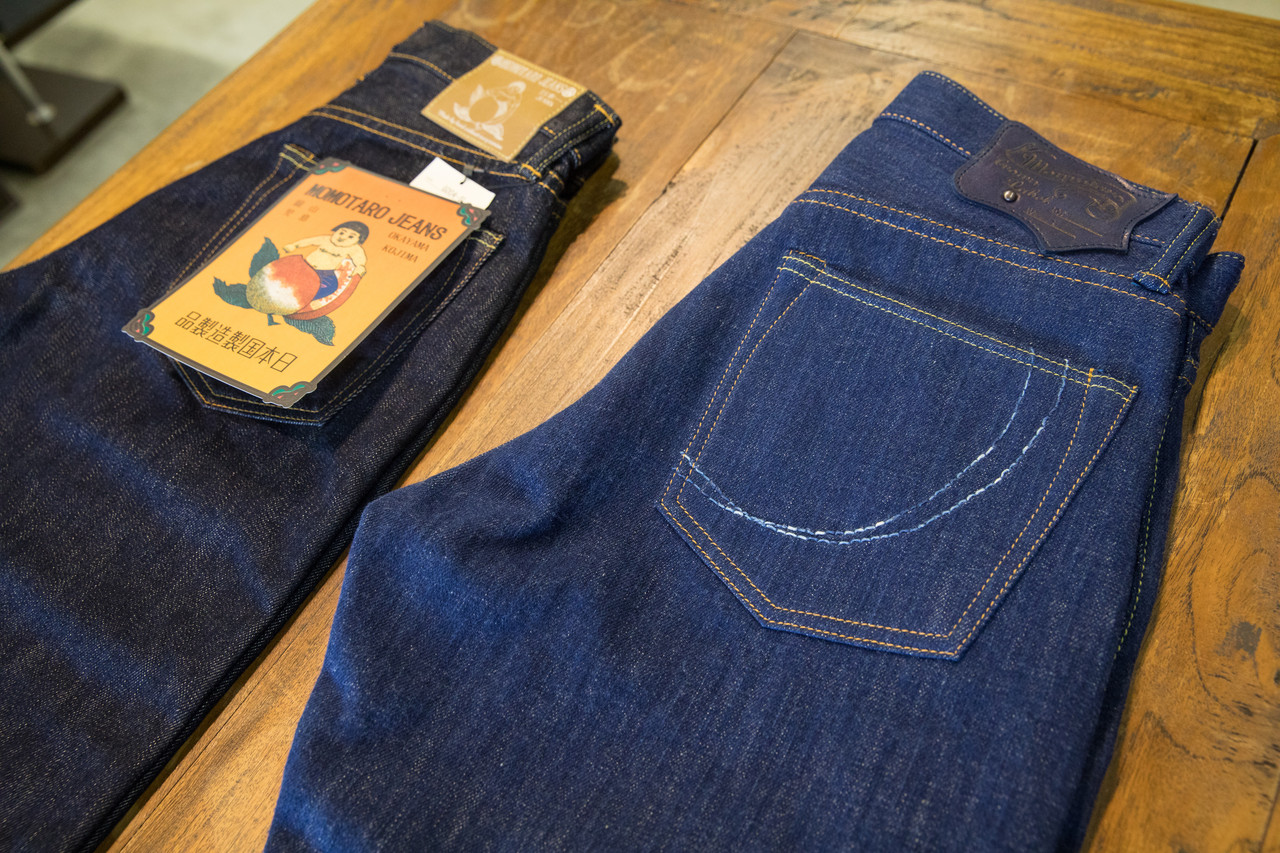 At Momotaro, much of the thought goes into the way the jeans fade. The company doesn’t pre-fade jeans but says it fine-tunes the dyeing so that over time, the fade lines reflect the lifestyle of the wearer. “We basically recommend you wear it every day,” said Mr. Tabuchi. He himself has worn the same pair, from a line in development, for the past six months.

Fans obsess about creating the perfect crease and fade lines, with some waiting months to wash their jeans. Momotaro recommends waiting three to six months to wash its jeans, depending on the type, as washing earlier could cause the indigo to fade from the wash instead of more naturally through wear and tear.

Mike Falkner, an American who has lived in Japan for the past five years and owns Japanese denim, says many of his pairs have never touched water. “Each pair of jeans is a different painting,” he says. He usually puts off washing his jeans “until my wife starts to complain”.

Another signature of the Momotaro jeans: invisible rivets. Those are the metal studs that hold together pieces of fabric and are easy to see on a traditional pair of Levi’s. Momotaro’s craftsmen hand-stitch them inside the fabric so they can’t be seen, a method that, by their reckoning, makes the pocket more durable. A final flourish is the color of the thread on the seam inside the leg bottom: pink for momo, the Japanese word for the fruit peach.

Two man and a dog crash a plane into a tree

Swedish Army to patrol migrant ghettos, yep everything is swell

US adds 1,500 soldiers to its forces in Germany