Furkan Feta, employed as an “advisor” in Macedonian Parliament was unable to hide his  personal happiness from the death of Academic Blaze Ristovski.

In response to the news of the death of the academic, he wrote on social media “He finally died” – though what he wrote is way worse and a corresponding translation in English doesn’t quite exist.

Feta violated both the moral codes and the code of conduct for public administration employees. This is especially true for the Legislature, whose leadership must initiate a procedure to establish violations of the rules of conduct and hate speech on social networks.

Considering this idiot is part of DUI’s party, it is not expected for the Public Prosecution office to open a case as DUI politicians are protected species in Macedonia. 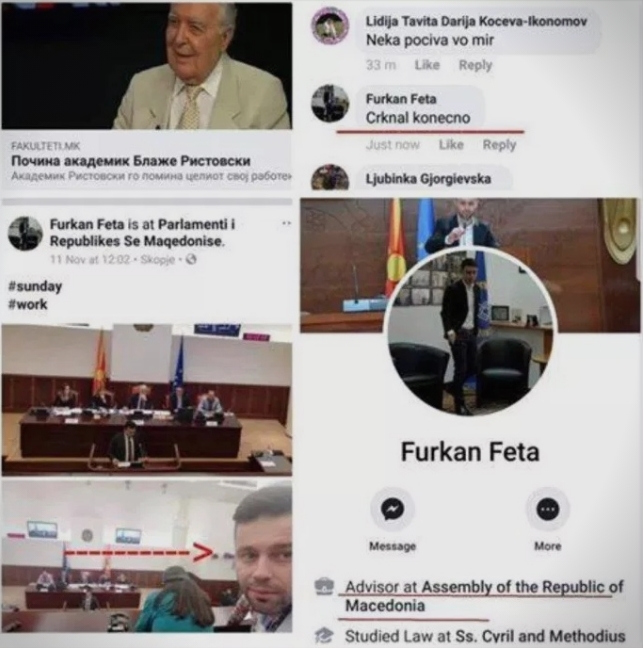 Worst of all, we’re footing the salary for this garbage.