Members of Parliament in Montenegro called out Macedonia’s illegal Parliament Speaker Talat Xhaferi for being a terrorist – due to his defection from the Macedonian Army in 2001 to take over the commanding role in the Albanian NLA/UCK terrorist organization which started a war in Macedonia. 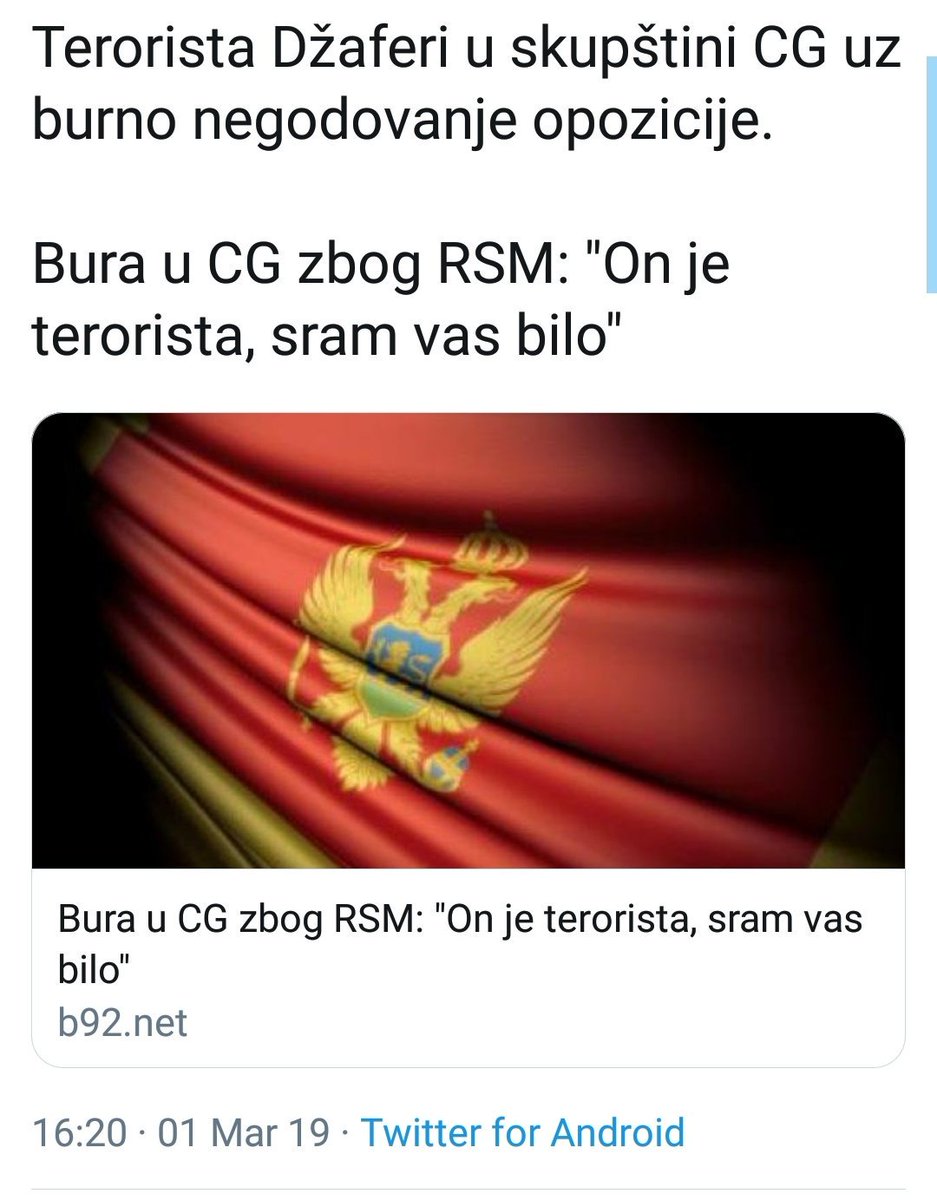 Mr. Xhaferi is a former member of a terrorist organization, a man who shot on Macedonian soldiers and Macedonian police officers. He certainly fired on Serbs as well, said Jovan Vucurovic from the Montenegrin party of NSD.

Xhaferi was an officer of the Yugoslav National Army who later joined the Macedonian Army only to desert in 2001, when the civil war started. He joined the UCK as top military commander in the war which killed hundreds of soldiers, police officers and civilians on both sides. He is now visiting countries in the region as they vote to ratify the NATO accession protocol for Macedonia. Montenegro ratified the protocol with 44 votes in the 81 seats house. As in Bulgaria, most opposition parties were absent during the vote.

Another member of Parliament, Slaven Radunovic, pointed out to the low levels of support for NATO membership in Macedonia, evidenced in the September 2018 referendum.

– Only 36.89 percent of the people voted in the referendum. That is a fiasco! That is a complete failure! The people of Macedonia rejected the NATO protocol which we are now voting on and trying to portray as some kind of a solemn occasion, said Radunovic.