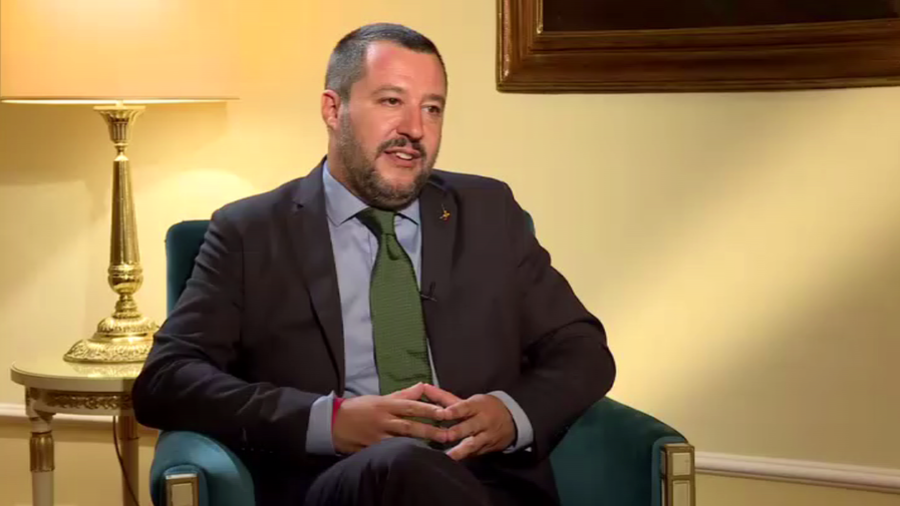 Italy will not vote for the EU’s next seven-year budget if there is not an agreement on other crucial issues, like migration, Salvini, who also serves as Italy’s interior minister, told RT’s Sophie Shevardnadze in an exclusive interview at the sidelines of the European House – Ambrosetti Forum in Italy.

“Unfortunately in Brussels and in Europe they only understand the language of money. Therefore they are not talking about principles, values, solidarity – but economic issues.”

The Italian government has received flak for championing stronger border control and blocking migrant ships from entering its ports. Last month, a charity NGO-run ship called the Aquarius, carrying more than 600 migrants from Africa, was rejected by Italy and had to dock in Spain instead.

“Other European countries – like France – close their borders and send back 50,000 people, and then try to lecture us,” he said, adding that NGO-operated ‘rescue ships’ exacerbate the crisis. “There are some international missions that have brought tens of thousands of migrants to Italy alone.”

Putin: It’s difficult to talk to people who can’t distinguish Australia from Austria

What media is Gruevski financing out of Budapest?