Popular Macedonian Restaurateur Maja Platnar traveled through Greece and spend several days in Athens.
She has a scathing message to Greece’s Prime Minister Tsipras: “Instead wasting all of your energy in creating problems for Macedonia, spend some of your time on your disgusting capital Athens, it reeks of urine” wrote Platnar on her FB profile. 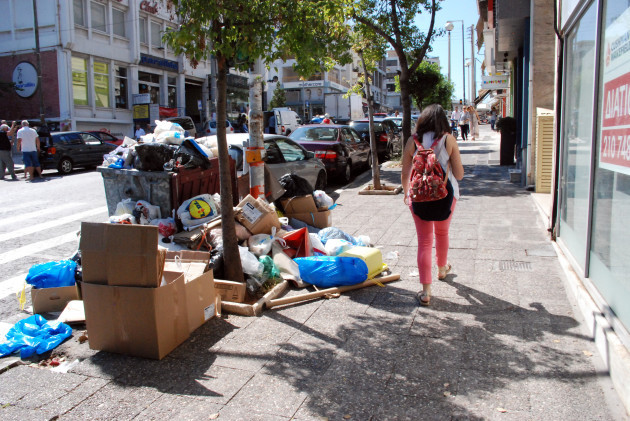 The Restaurateur who owns “Bistro” in Skopje was appalled by how dirty Athens was.

“Garbage, the smell of urine, aggressive migrants on every street corner, closed shops littering the city, Tsipras, your imaginary cradle of democracy is a simple garbage pit. Of course lets not forget the foreign tourists who visit the Acropolis and are then whisked away to safety”… Platnar wrote, adding:

“Ordinary people here hate both EU and NATO. They say Greece has been a disaster zone ever since it became member of both organizations. Two million people have left the country for good. There are entire neighborhoods that are now ghost towns. They say a neighborhood near the Museum of Archeology is now empty and populated by migrants who steal anything and everything in sight. Athens, 20 years ago was in the top 10 safest cities in Europe, now… But what troubles people the most here is that no one writes about the truth about life in Athens, ‘we got no journalists’, they say.”

“This is the dump you call a country, Tsipras, but your focus is on Macedonia?” asks Platnar!