The Ministry of Interior informed Friday that it has taken measures to prevent a terrorist attack in the country.

After having previously exchanged operational information with a secret partner country, in connection with potential plans and intentions for committing a terrorist act on the territory of the Republic of North Macedonia by members of radical structures and supporters of ISIS, we took operational-tactical measures aimed at identifying possible organizers, logistics and potential perpetrators of the attack, the Ministry said.

In order to thwart the terrorist attack and achieve preventive function, the Ministry of Interior prepared a plan of measures and activities, for which it provided appropriate orders for their implementation.

Following the orders, searches were carried out on several locations on the territory of the country, and objects and devices related to the possible attack were seized. 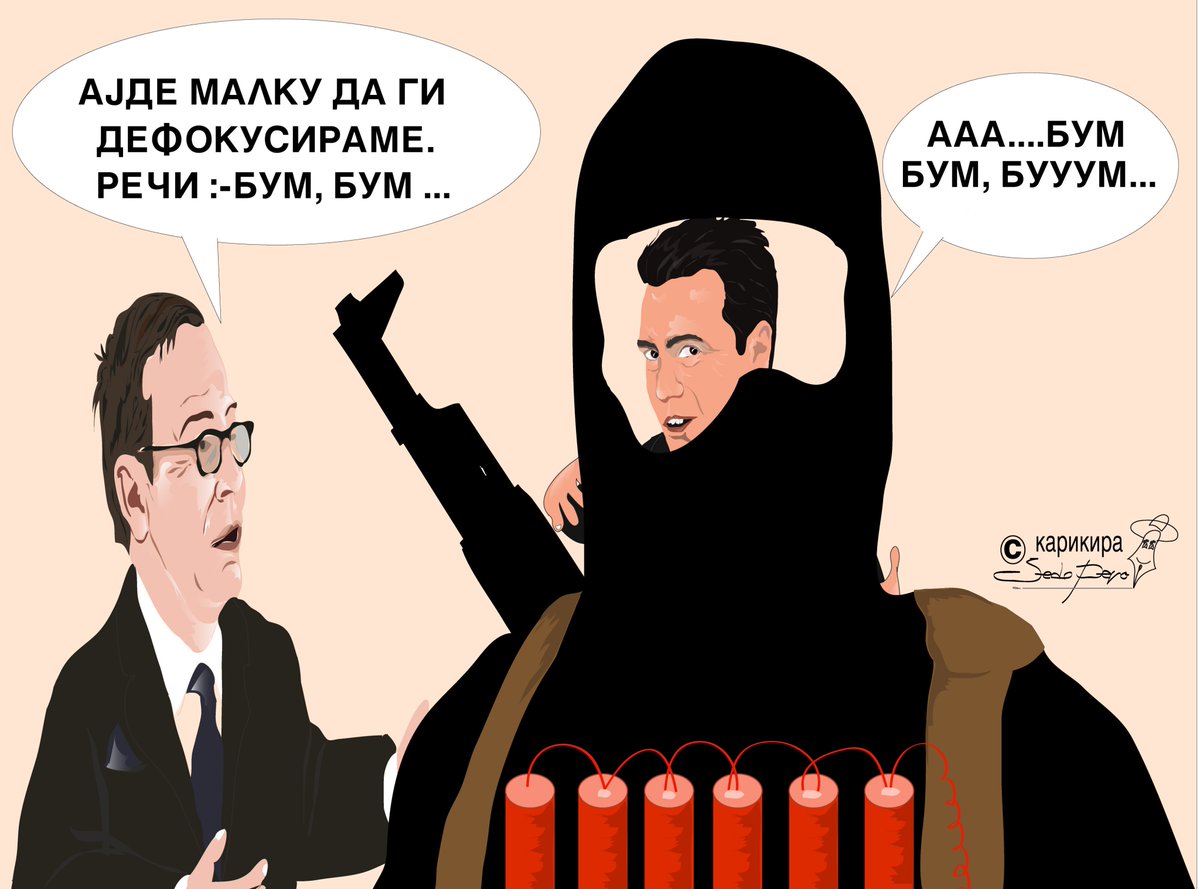 This press release is so mind numbingly stupid and fake, it appears it came straight from the US Embassy. Sure enough, the US Embassy right after the fake op, issued their own PR ‘warning of possible terrorist attacks’!? In other words, the MOI PR and the US Embassy PR were coordinated.
The Embassy warns “people to stay home, avoid gatherings…” because they decided ISIS is here, they don’t want people gathering and protesting the craziness unfolding in the country.

There was no action by the Ministry, there were no threats, no one was detained, nothing was done. This PR is more a ploy to scare off and distract the public, but also score some junta points by putting Macedonia in the news with an illegitimate name. Expect similar idiocies by other departments in the Government in coordination with the US Embassy.