Three months have passed after the failed Macedonian referendum in which the Government asked its people whether they would approve a change of the country’s name in order to allegedly enter NATO and the EU, sometime in the future. The people said “No” and boycotted the Referendum.

Despite the boycott, there was massive fraud registered at over 80 polling polling stations, as the two Government partners SDSM and DUI attempted to increase the number of votes and via ballot stuffing. This resulted in nearly 20% of the total of 605,000 votes being fraudulent. There is tremendous evidence for the fraud and numerous lawsuits have been made for it. Three months later, the prosecution office has not responded to a single lawsuit, nor have they made a comment. The fraud implicates both SDSM and DUI officials. 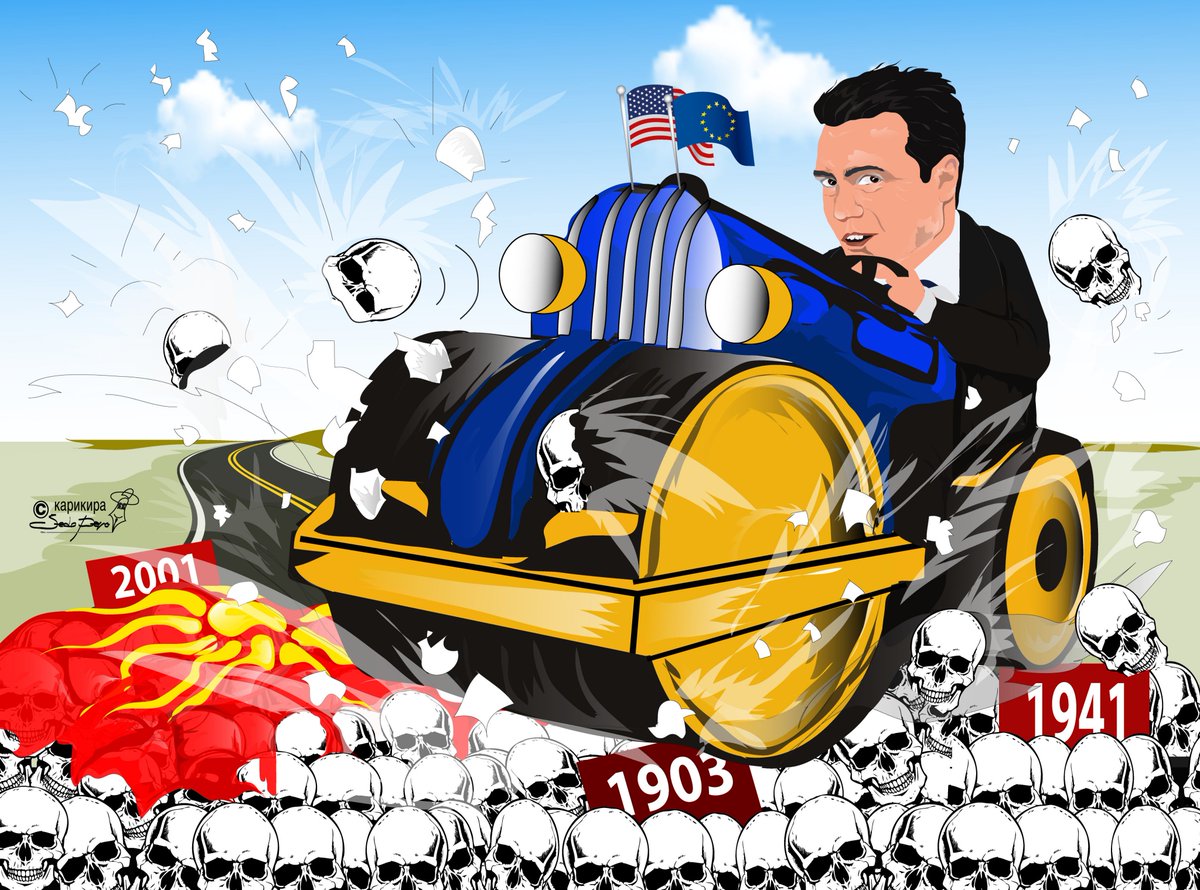 In another development, or a lack thereof, the SDSM and DUI run Macedonian Public Prosecution has chosen to ignore the revelation that FM Nikola Dimitrov has spied for the CIA at least for a decade. There is no interest by the prosecution office to investigate what sort of information was/is Dimitrov giving to the CIA, how did he do it, what channels did he use, who else is involved. The word is, if they investigate Dimitrov, the entire Government will turn out to be working for the CIA and MI6, including the opposition. Even more interesting, the “opposition” for an incident of this type, you’d thing they will call on the masses to storm the Government!? Instead they went on a fake protest… in Prilep.

Last week, SDS and the DPNE decided to amnesty themselves (and no one else) for all the crimes on April 27th – the way they illegally voted-in Taljat Xhaferi as Parliament speaker, for singing a foreign anthem in Parliament, the list is endless…  The only MPs not amnestied were the renegade 8 MPs who are still needed for a final vote, thus will continue to be blackmailed. The amnesty law passed after the DPNE gave Zaev 20 MPs for the vote. Horhe Ivanov signed it. This is equivalent of you as an MP killing someone, and then pass a law where you make yourself not guilty for the murder. That’s what Horhe signed.

One of the MPs who voted to support Zaev is none other but Ilija Dimovski, once touted as the biggest patriot in DPNE. One can only guess what Baily and Zaev have on him.

On Friday, the SDS has stated they will propose a law where each MP will be guaranteed a Governmental job after their mandate ends. This is clearly a way for them to give themselves jobs for life as after the name change, they’ve been told they’ll likely never win another election or be employable in any shape or form. MINA’s sources have stated the DPNE will once again support Zaev in this law, as they too are aware will become unemployable just as their colleagues in the SDS. The support will come the same way as for all other illegal Parliament activities – the DPNE will give the SDS precisely the number of MPs Zaev needs and will continue with their superb acting skills of just how disappointed their party is that they somehow keep having renegade MPs whose numbers range from 8 all the way to 20.