The French have their own CNN.
TV channel France3 has “fixed” a placard held by a Yellow Vest protester, which urged President Emmanuel Macron to resign. The broadcaster explained that the sign was broadcast reading just Macron, due to a “human error.” 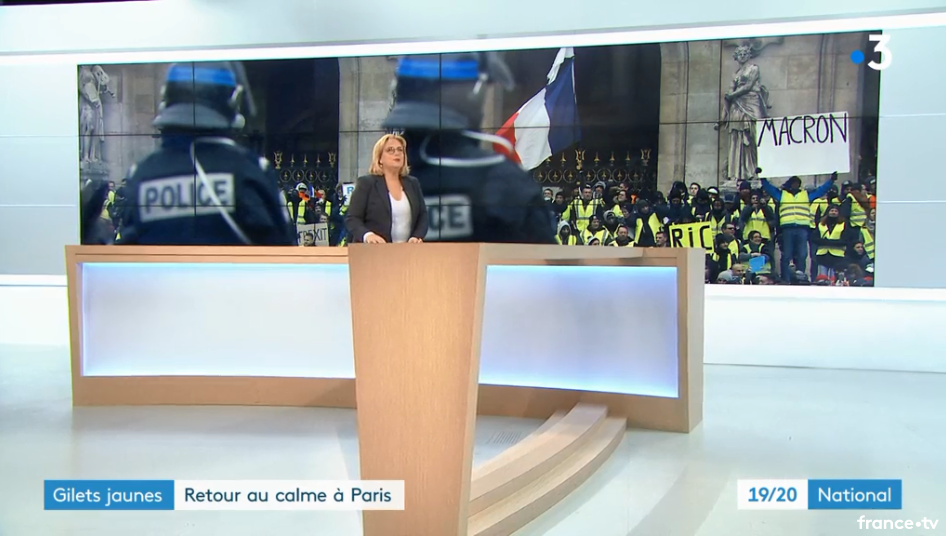 The unfortunate blunder occurred on Saturday during an evening news program that was covering the ongoing Yellow Vest protests.

Among videos and images of the protests, France3 featured a photo supplied by Agence France Presse (AFP). It shows a couple of mounted police officers watching the crowds outside the Opera building in Paris on Saturday. One of the Yellow Vests holds high a placard, reading “Macron out.” Here’s this photo. 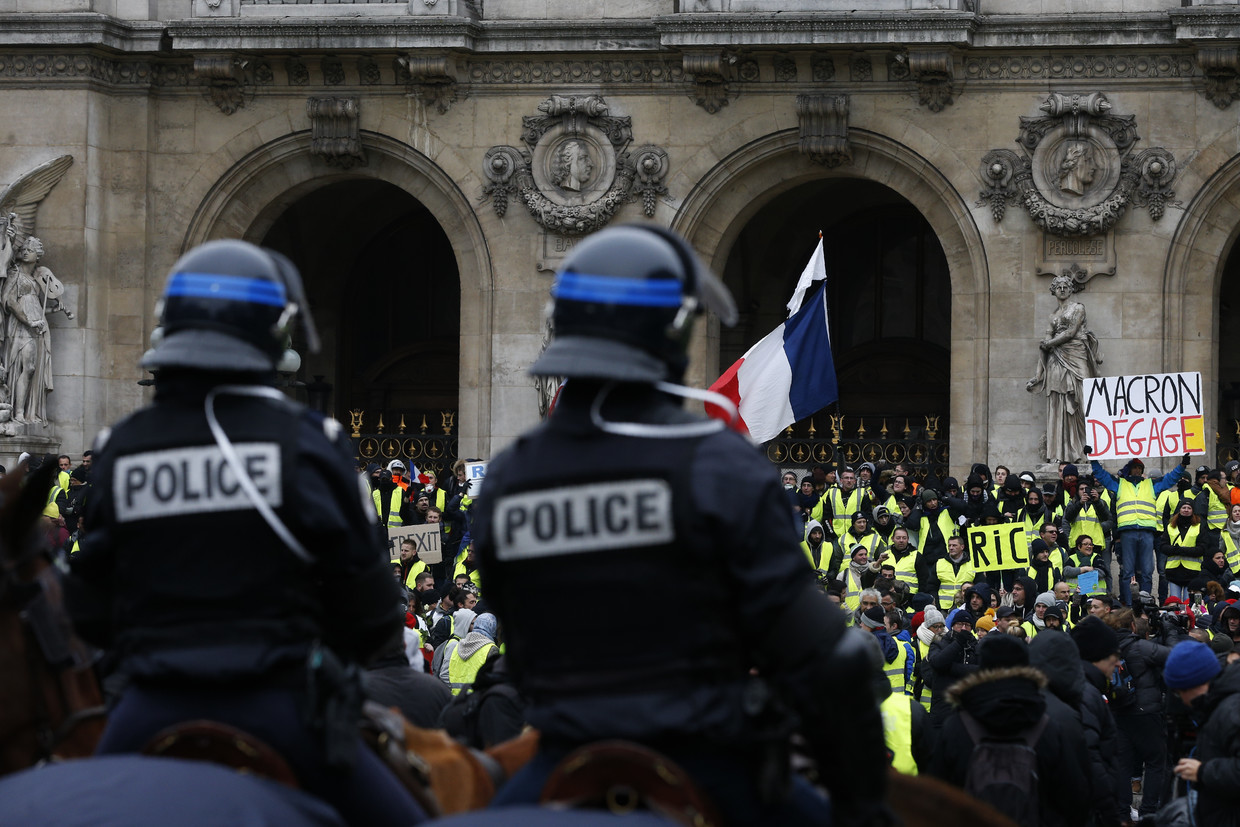 Everything was the same in the France3 broadcast, except for a ‘tiny’ detail – the “out” part of the slogan had mysteriously vanished from the image.

The photo-doctoring did not escape sharp-eyed watchers, who promptly accused the broadcaster of “censorship.” The replay of the program is publicly available online, and France3 acknowledged the blunder, blaming it on a “mistake.”

“There was no intent to hide the sign last night. It’s a human mistake,” the broadcaster tweeted, supplying the unmodified image. “We have identified the source. It will not happen again.”

It remains unclear how, exactly, one can doctor a picture in such fashion by “mistake.” Aside from the uproar and accusations of Orwellian-grade censorship, the blunder triggered a wave of jokes.

Some users “fixed” the picture for France3, doctoring it harder. Here’s an example – the placard now reads “Long Live Macron!”

Computers can’t solve this chess problem. Can you?