Over 250,000 Poles marched on the street in Warsaw to celebrate their independence day, however, the march was very much a march against the US and the EU, now openly seen as the 4th Reich subverting countries’ independence and defacto occupying them politically and economically. Poles chanted “Death to US Empire of Evil”, “Death to the Enemy”, “Poland is Catholic and white” and burned EU flags.

And who led the protesters? None other than Polish president Andrzej Duda. Imagine Ivanov leading protests in Macedonia?

This huge protest in Poland somehow was of zero importance to the Empire as their media completely ignored not just protests in Poland, but in Bulgaria and Romania.

Similar situation unfolded in Bulgaria where over 200,000 people in multiple cities marched against the EU. Despite being member of the coveted club, Bulgarians claim they have never been poorer, their youth (over 1m) has fled the country, there are no jobs and the living costs have quadrupled in the past five years. Meanwhile, our friend Boyko Borisov whose government resigned twice in a year (after two phone calls from Bulgaria’s Jess Baily) is currently being guarded by few hundred US marines. This means his days are numbered, Bulgarians are quite fed up with the US puppet. 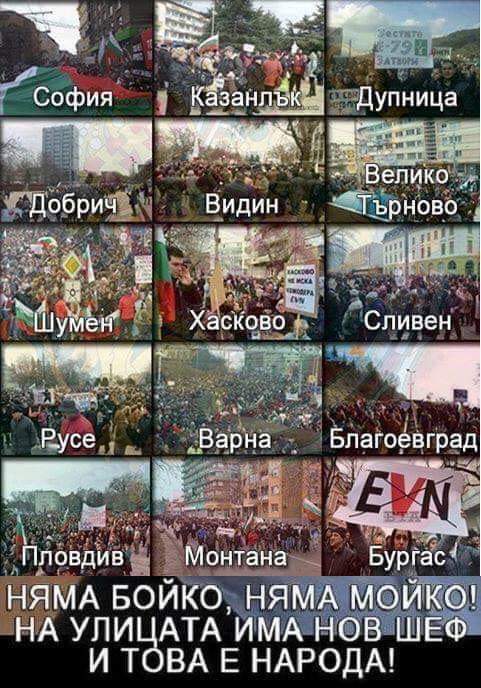 In Romania after several weeks of massive protests, the Government resigned.

Now, if we can only import these waves of protests to Macedonia…