Artificial intelligence (AI) and robotics have been covered in-depth in our favorite sci-fi films and books, but they grow with very real prominence every single day. From the disembodied voices in our smart home devices to robotic priests in different religions around the world, AI and robotics are becoming better, faster, and smarter in exciting new ways.

One such development recently launched by the Swiss-Swedish engineering group ABB is a $150 million factory in the city of Shanghai, China, dedicated to building robots — yep, you guessed it — more robots.

Inside the factory of the future

In a statement, ABB claims that the factory is set to be “a cutting-edge center where robots make robots,” describing the ambitious plan as “the most advanced, automated, and flexible robotics factory in the world.” The plant combines ABB’s connected digital technologies with collaborative robotics and AI research, with a goal of producing around 100,000 new robots each year.

To do this, the factory’s 75,000-square-foot facility will be based on interlinked cells of automation it describes as a “flexible floor plan.” This is in contrast to traditional assembly lines, which can be rigidly fixed in place, and will thus enable different parts of the robot production process to adapt to new developments or adjusted production specs without the need to redo the entire factory floor. The greater customization allows robots to move from one station to another, instead of keeping them static along a production line.

Working in this system will be a mix of human and robot workers moving together to make an ABB robot with the help of ABB’s proprietary SafeMove2 software. The robot half of the factory staff is comprised of advanced YuMi robots, which made their accuracy and intelligence known last 2017, when a YuMi robot became the first of its kind to conduct an entire orchestra. These robots can thread a needle, solve a Rubik’s cube, and pretty soon, help build other robots, too.

Additionally, the factory will also be home to a research and development center designed to empower managers and engineers with data insights and machine learning capabilities in order to further boost performance and factory productivity.

The manufacturing industry and the rise of AI and robotics

Although we may not always see them, AI and robotics are becoming more and more important in our day-to-day lives. AI technology and industrial robots are responsible for improving the quality of consumer goods that make it to our shopping carts and homes, while also making factories more efficient and safer for human workers.

Outside the home, AI is helping build safer and more energy efficient cars in automotive factories. Meanwhile, robots are also providing solutions to safety and energy efficiency for transportation — as in the case of the world’s largest robot: an autonomous train in Australia.

But innovation isn’t just about going bigger and better; it’s also about going smaller and intricately more complex. Worldwide, electronics manufacturers are turning to AI to help build some of our gadgets’ tiniest and most important parts, such as printed circuit boards (PCBs) that make all our electronic devices work. Different types of PCBs have different design rules and mechanics, and AI can help streamline the process of designing and producing them on a large scale. Boosting accuracy and consistency when it comes to AI and robotics will allow designers and engineers to build even better electronics in the future.

All of this, whether it’s for trains, electronic parts, or even new robots, has led to ABB predicting that global robot sales will reach a whopping $130 billion by 2025 — and using robots is the way to get there. 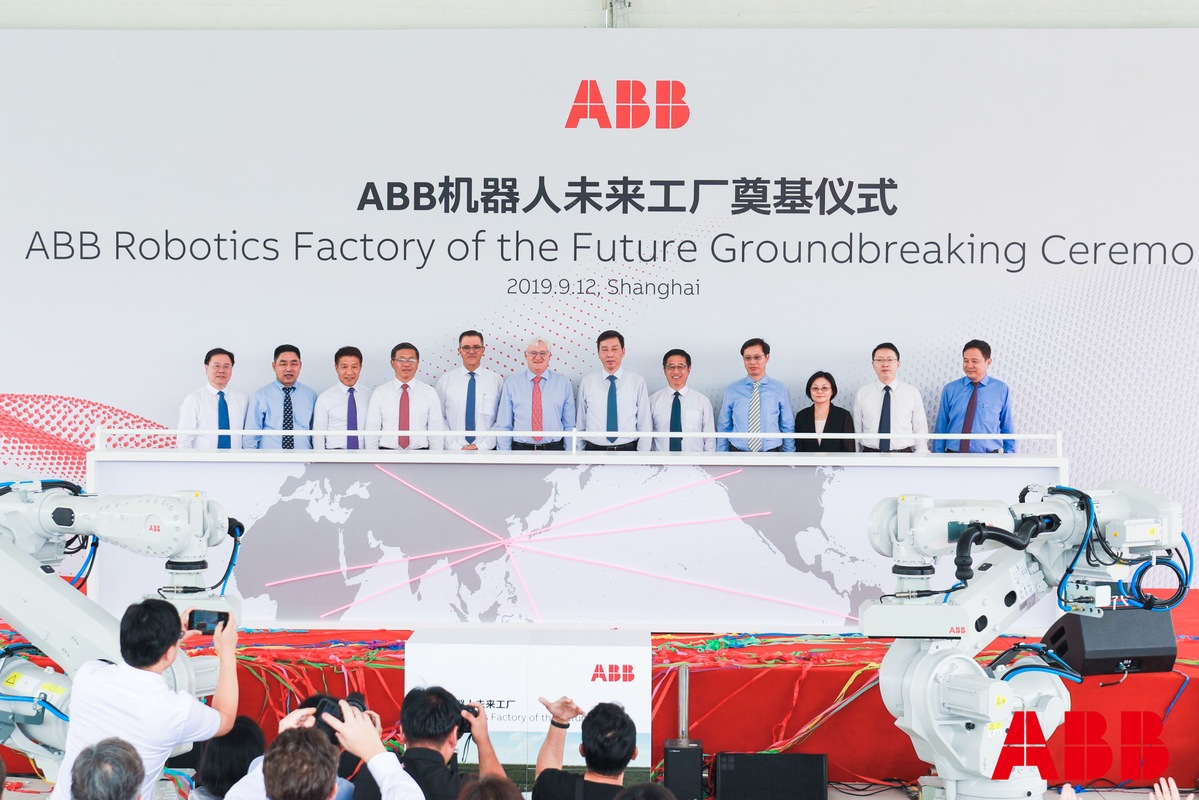 ABB’s factory broke ground in September last year, and is slated to officially open its doors in early 2021.