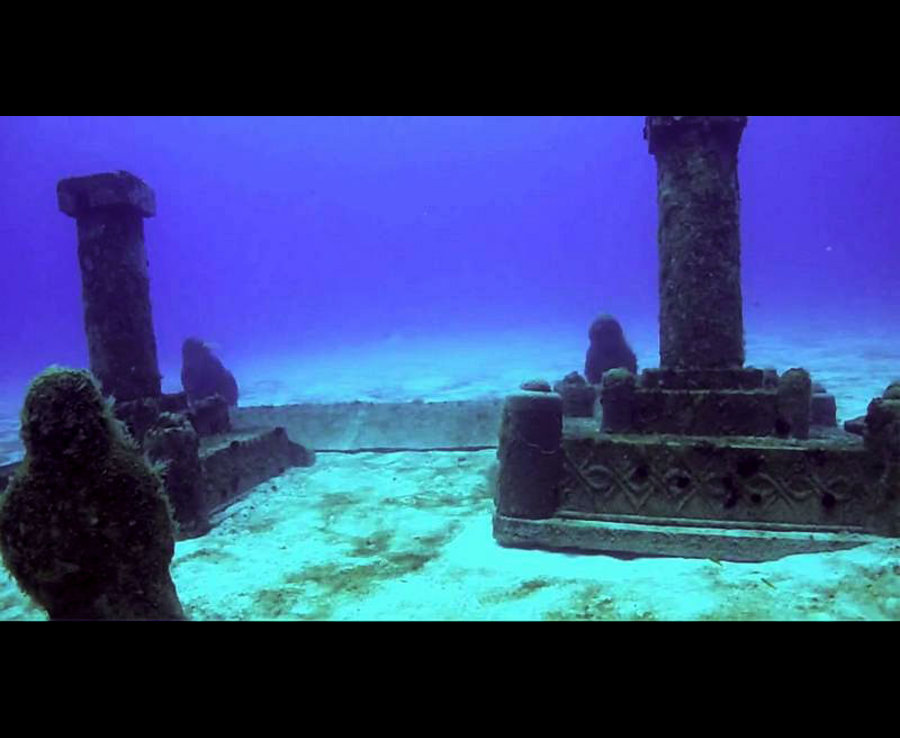 Archaeologists who have been searching Lake Van – the second largest lake in Turkey – for decades have discovered what they believe is a lost city.

The castle is thought to be an Iron Age relic of the Urartu civilisation – also called the Kingdom of Van – which lived in the area from the 6th to the 9th century BC.

The remarkable discovery was made by archaeologists from the Van Yüzüncü Yıl University and a team of divers.

Tahsin Ceylan, head of the diving team of the project, has been searching for the Lake Van Monster – a beast supposedly similar to the legendary Loch Ness Monster – when he found the castle.

He told the Daily Sabah: “There was a rumour that there might be something under the water but most archaeologists and museum officials told us that we won’t find anything.”

The water levels of the lake had changed over the past few thousand years.
“They named the lake the ‘upper sea’ and believed it had many mysterious things,” said Tahsin.
“With this belief in mind we are working to reveal the lake’s ‘secrets’.

“It is a miracle to find this castle underwater. Archaeologists will come here to examine the castle’s history and provide information on it.
“We have detected the castle’s exact location and photographed it and have made progress in our research.

“We now believe we have discovered a new area for archaeologists and historians to study.”

Atlantis is a fictional island first mentioned in the writings by ancient Greek philosopher Plato in 360 BC.
The Atlantis that Plato described was founded by people who were half god and half human around 9,000 years before his own time.

The mythical underwater island is said to have been destroyed overnight after being hit by an earthquake and tsunami thousands of years ago.

Many believe the island was a myth created by the philosopher to illustrate his political theories, while other insists the tale is based on reality.