Netanyahu had his best Microsoft OfficeTM people put together a nice ‘Iran is EVIL’ PowerPoint presentation, which he then launched at the ever-receptive Western media, and in particular at Trump, who will decide before May 12th whether or not to back out of the 2015 Iran deal. This is Bibi’s attempt to influence Trump’s decision. 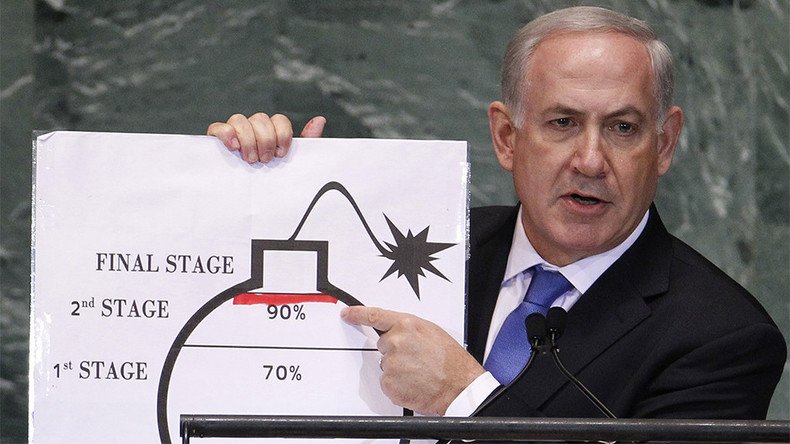 Not one word of it should be believed of course.

Bibi wants to destroy the Iran deal – and ideally Iran with it, with US military help – because Iran’s natural expansion in the Middle East (and in particular in Syria) is a threat to Israel. Not an existential threat mind you, but a threat to the massively disproportionate clout that the little country of Israel wields, and has wielded, in the Middle East for decades. But when it comes to people like Netanyahu and his friends in Saudi Arabia and the ‘exceptionalist’ ideologues in the US ‘deep state’, the threat of the loss of power – even a reasonable, rational and natural re-ordering of the power structures – is existential. 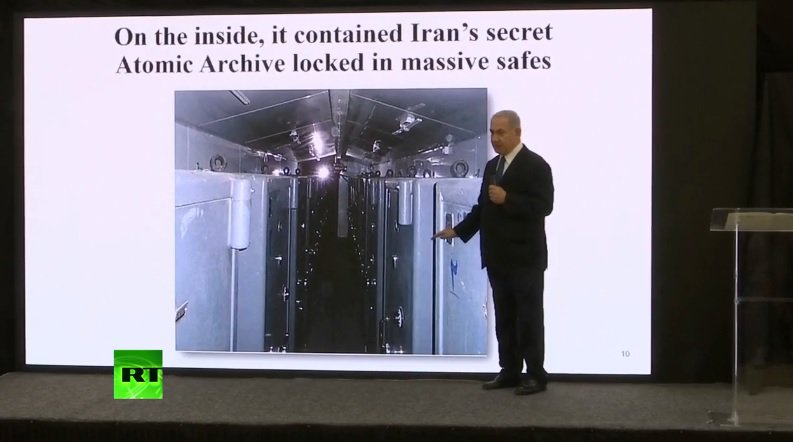 But the fly in the ointment here is Trump and his tendency to stick to his election mandate of focusing first and foremost on what is in the economic interest of the American people. Twice he has mentioned removing US troops from Syria and just today he stated:

“More and more, [we] are not wanting to be the policeman of the world. We’re spending tremendous amount of money for decades on policing the world, and that shouldn’t be our priority. We want to police ourselves. We want to rebuild our country”

There just isn’t enough money, for Trump’s taste, in policing the world. In fact, it tends to be a massive drain on US taxpayers and the American infrastructure. For sure, Trump doesn’t like the Iran deal – it’s “bad” – but mainly because there isn’t enough money for the US in it. So he may well back out of the deal on May 12th and reimpose sanctions against Iran. But there’s a slight problem there also. The Europeans see the Iran deal differently, mainly because there’s lots of money in it for them. The other co-signatories to the deal – Russia, China and the UK, are in the same boat.

So if Trump backs out, and reimposes sanctions, it won’t be for the purpose of starting a war with Iran, and the other co-signatories will definitely not follow suit. Macron was very explicit about that during his speech to a joint session of Congress a few days ago. The likely result will be a widening rift between the US and its traditional European allies. But before we even get that far – again in keeping with his MAGA mandate – tomorrow, Trump has to decide whether or not to kick off a “trade war” with those same EU allies over trade deficits and the EU ‘not playing fair’.

It’s all gone pear-shaped for the Western order and their Middle Eastern muppets. And the lefties are right, it’s all Trump’s fault!

American lefties line up to claim being molested by whoever Trump picks for Supreme...

Update: Theresa May arrives in Skopje on May 18th as Zaev-Tsipras meet

Prosecutors tell journalist Nedelkovski he is a threat to the state