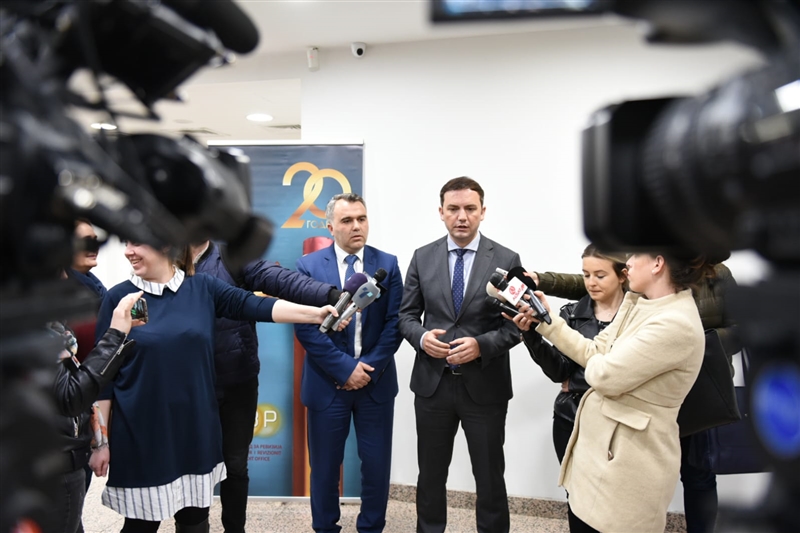 Osmani’s statement came after European Commissioner Johannes Hahn announced that the Commission will recommend opening the “preparatory stage for accession negotiations” this year, and not actual negotiations.

The “preparatory stage” is a hilarious spin by Hahn which doesn’t exist within the EU accession policy and was spun as a last ditch attempt by Brussels to show support for their puppet Government in Macedonia.

The illegal Government in Skopje appears to have been informed of this spin and have adjusted their statements accordingly:
We’ve been saying what Hahn is saying now. Our expectations are that, according to our calendar, in June we receive a decision to open accession talks, or rather that a date will be confirmed which will give the European Commission the mandate to prepare a negotiating framework, so at the end of 2019 we could hold the first conference with the EU member states, given that we don’t negotiate with the EU but with individual member states. If the conference is held at the end of 2019, we can expect to open the first chapter in January. This is what Hahn was explaining, that June doesn’t mean accession talks begin in June Osmani said while sporting his new hair piece.

And yet, in his previous public comments, most notably the “celebratory” tweets from the 2018 European Council, Osmani insisted that Macedonia will “open the accession negotiations next June”. Osmani and Zaev not only tweeted the announcement, but shared a selfie to emphasize the importance of the moment. But that was then… 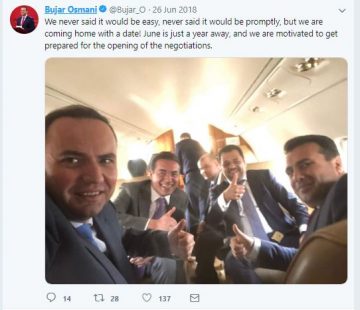