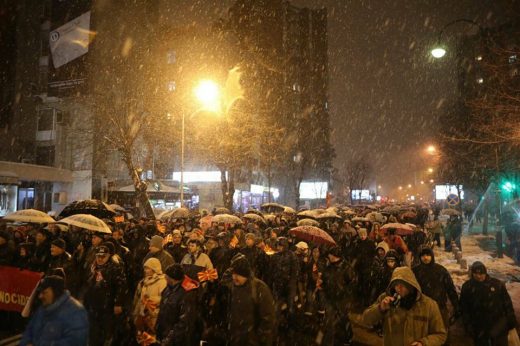 Despite freezing snow conditions, more than 15,000 people took part in Tuesday’s protest to defend the constitutional name of Macedonia. Despite the bad weather and the pressures faced by those who wanted to attend the all-Macedonian protest in Skopje, a huge number of citizens found themselves on the streets of the city in order to defend the name of the state and the identity of the nation.

Most participants in the protest waved Macedonian flags and sing Macedonian songs, with an occasional burning of a Greek flag. 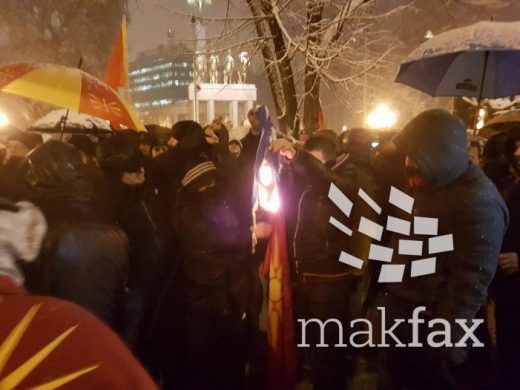 Protesters from other cities also made the hazardous trips to the capital to attend the protest. Some faced pressures both during the journey and before going to Skopje. Particularly in the press, the employees in the public administration complain that they were threatened that they should not attend the All-Macedonian protest.

Lastly, the rather shocking image of policemen armed with AK47 was surprising, particularly considering the protest was peaceful attended by hundreds of women and children. However, since an illegal criminal junta is in charge of the Macedonian Government, the AK47 perhaps are not that surprising.