Radioactive Russian clouds are floating across Europe, meddling with normal, freedom-loving clouds and causing widespread panic on Facebook and other digital hotbeds of human misery, according to extremely reliable sources that never lie.

Does this mean that Putin has weaponized clouds? Of course it does:

France’s nuclear security institute (IRSN) confirmed the detection of ruthenium-106 in late September but said that the cloud had passed over and there was no impact on human health or the environment in Europe.

An IRSN statement said the Ruthenium-106, which had been detected “in a majority of European countries,” plausibly came from a site between the Urals and the Volga river in Russia, but that it “was not possible with the data they had to specify the exact point of origin”.

And here is EuroNews: 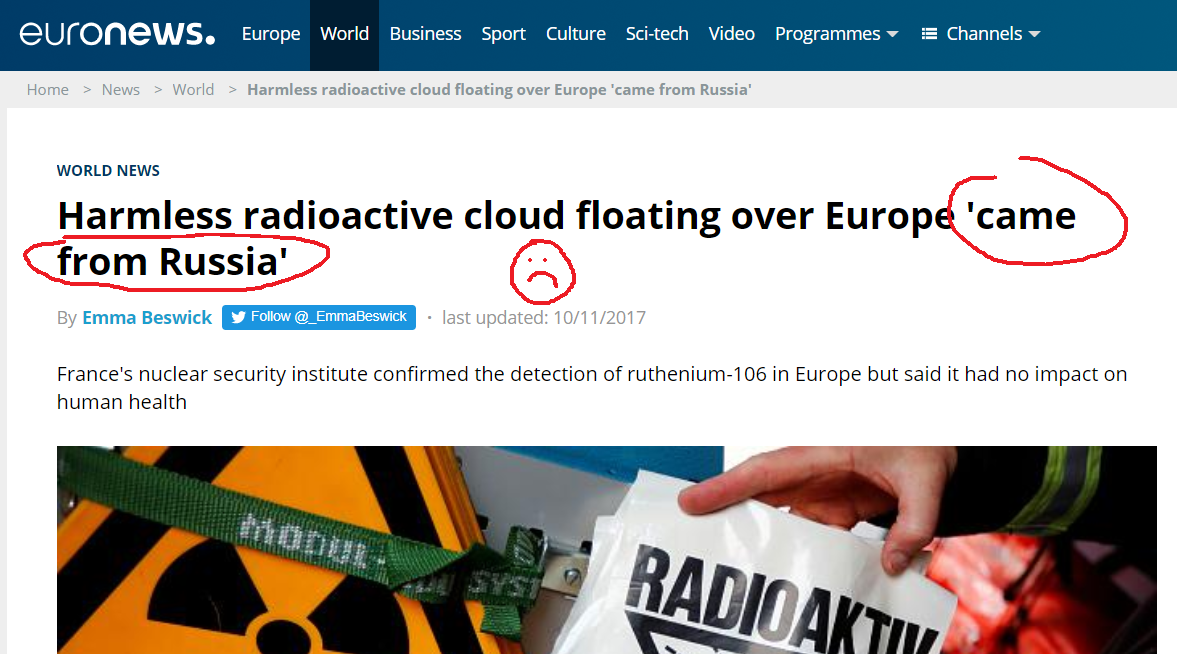 Crime skyrockets with SDS at the helm, police shoots 2 teens, man shot in...

France ran out of money, rest of Europe not far behind