Bulgaria does not accept the names Upper or Northern Macedonia that are geographically qualified, which, according to Bulgarian President Rumen Radev, will be at the expense of Bulgaria.

Bulgarian President Radev said at today’s press conference that Bulgaria does not want to interfere in resolving the dispute, but it should be noted that Bulgaria is concerned and influenced by the issue. 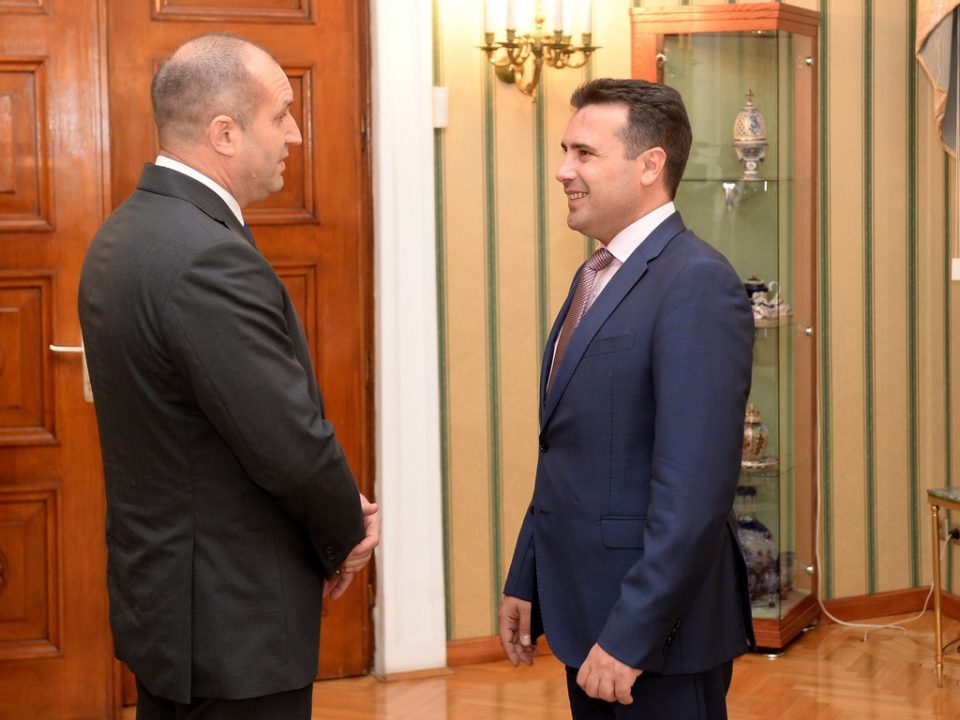 Zoran Zaev, from the press conference with EU Ambassador Samuel Zbogar, said ten days ago that he was ready for a geographical determinant.

For now, Radev explicitly says that Bulgaria disagrees with a geographical determinant such as Upper or North. This puts Zoran Zaev in a bind, remaining with proposals such as New Macedonia or the Republic of Macedonia (Skopje).

On the other hand, information about the course of the negotiations are published daily on what the Greek red lines are, that is, Greece insists on constitutional changes in Macedonia. This contradicts the statements of SDSM and Zoran Zaev that there are no negotiations on changes in the Constitution of the Republic of Macedonia.

This is confirmed in today’s announcement by the Greek Academy of Sciences and Arts, which stressed that constitutional changes are necessary as a prerequisite for reaching an agreement.