Wouldn’t you know it… once again MINA didn’t qualify to get money from the SDSM junta, our coverage of their criminal activities apparently had something to do with it.

But the weird thing is, our coverage did not sit well with the DPNE either when they were in power. We got an email from them once asking us to be “more fair” to them. Yes, fairness for the people who signed the Przino agreement and removed themselves from power.

And this is the problem with Macedonian media, Macedonia and Macedonians in general. The speed with which our people sell out can easily make the Guinness book of records. But, more on that below.

Today, the SDSM junta announced they are spending 80m denars, roughly 1.5m euros just on pro-referendum media propaganda. The money will go to “media” willing to peddle and push brainwashing propaganda supporting the name change. In addition to local media, money will be spent on social media in an effort to reach and influence as many people as possible. But, by far the most interesting thing was a group of fake patriots (Janko Bachev, Solza Grcheva…) who urged everyone to boycott the referendum. Impressive right? But once they found out would not get any money from the junta to ‘keep them quiet’, now they are complaining how are the funds split, and see the procedure as ‘unfair’. In other words, patriots if you pay us, otherwise we’re not.

Not surprisingly, there are some heated exchanges between fake patriots and the few real patriots, which aren’t many left, most are (still) in prison on ‘terrorism’ charges which include and this is not a joke “singing of the Macedonian anthem” in Parliament. 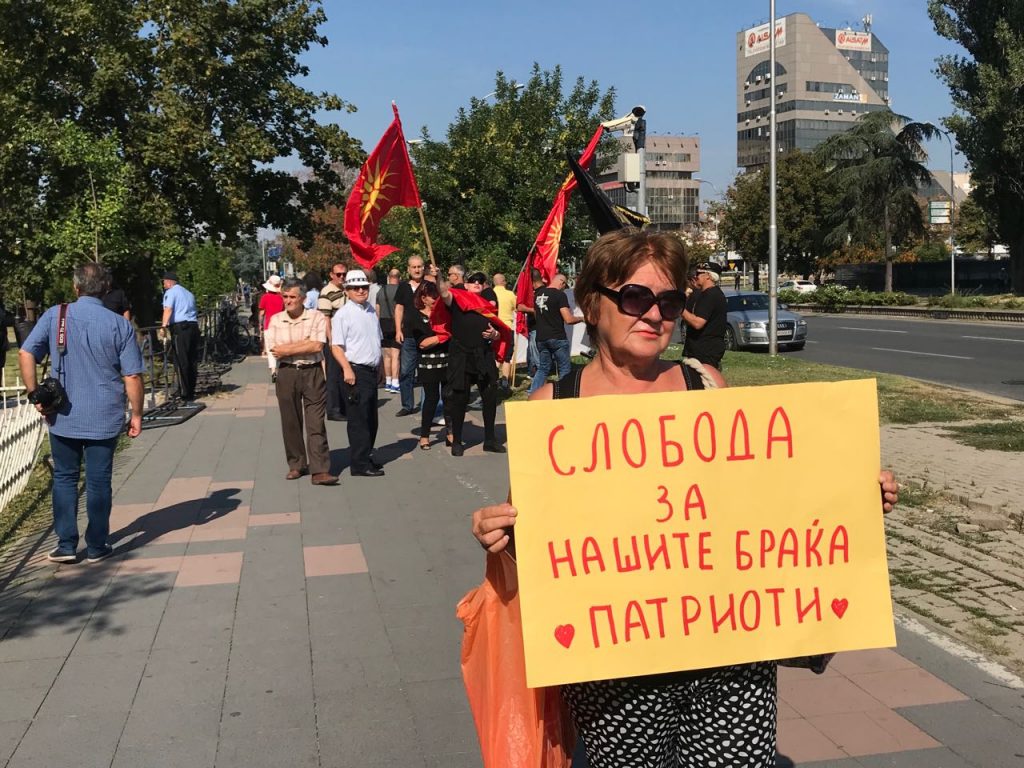 While the SDSM junta is preparing their propaganda drive, MINA did its own research. We have spoken to at least 200 people in various neighborhoods in Skopje, but also in Kumanovo, a short drive away.

In Skopje, we can report that 90+% of the people we spoke to will boycott the referendum.  In Kumanovo, the number is less, but still over 75% of people would boycott.

Mickoski went as far as to call the people who will vote for name change so small, their percentage would be considered ‘statistical error’. But the junta has different plans…