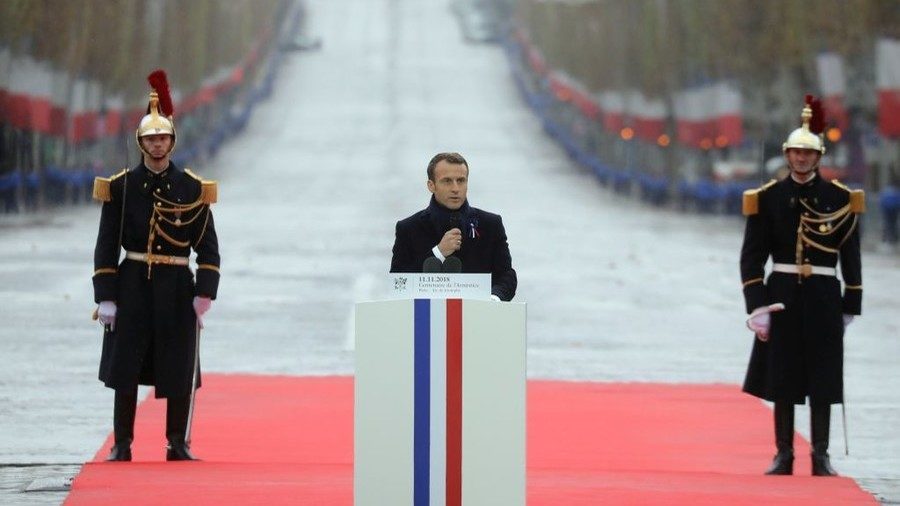 Nationalism is a betrayal of patriotism, Emmanuel Macron said in his speech before the world leaders in Paris and caused a storm on Twitter, with the French President getting praise and bashing in equal parts.

Macron delivered a powerful address during the celebrations of the 100th anniversary since the end of World War I in the French capital on Sunday, with Donald Trump, Vladimir Putin and other heads of state being among his audience.

“Patriotism is the exact opposite of nationalism. Nationalism is a betrayal of patriotism,” the French leader proclaimed, adding that nationalism erases the most important thing for any country: “its moral values.”

With days of their ‘bromance’ far behind, Macron’s jab might’ve been well directed at Trump, who previously proudly declared himself a nationalist and promotes the “America First” agenda.

The Twitterati shared photos of what they believe was the US President’s annoyed reaction to the words of his French counterpart and discussed the few weak claps Trump gave to the whole speech afterward.