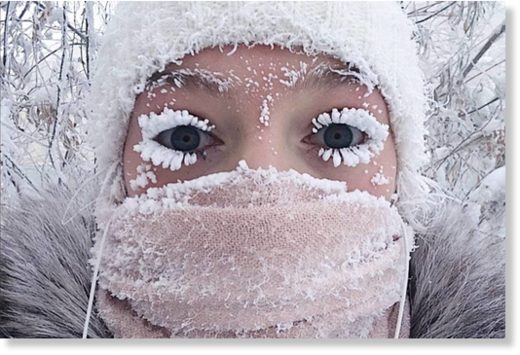 Frozen eyelashes and broken thermometers. This is what winter in Russia looks like this year with the country experiencing record lows.

In the Siberian region of Yakutia, home to nearly one million people, brutal winters are a normal part of life.
But even there, the temperatures are unusual this year going as low as minus 67 Celsius.

In January, it came close to Russia’s coldest temperatures ever and even broke some thermometers.
Researchers say that one of the reasons for such a cold winter is the moving of cyclones.

TRT World‘s Lucy Taylor reports on how some people in Russia are dealing with record lows.

Zaev: And so, Socrates and ArEstotle chatted and created Macedonia…