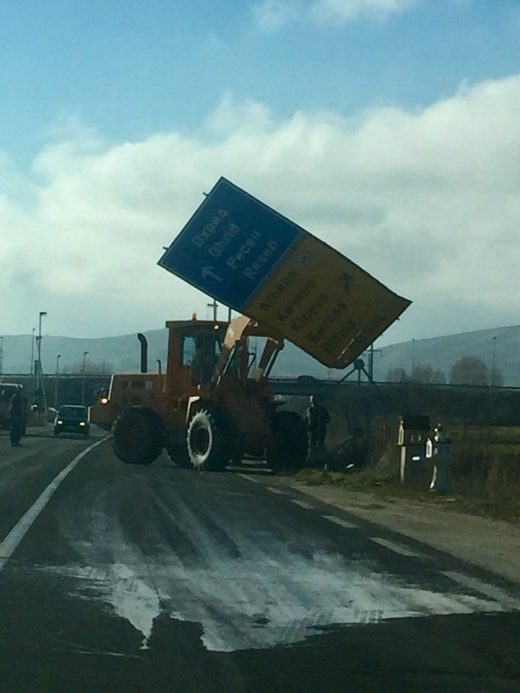 The SDSM passed in Parliament the highly contested and unconstitutional language law without the opposition who is boycotting all Parliament work.

The language law was introduced by elements in the CIA via the so called Tirana Platform and it was only a matter of time for the SDSM to pass it. Although it was passed today, the SDSM led Government begun dismantling Macedonian road signs across the country yesterday, first starting in Ohrid, Bitola and Prilep.

The language law is deemed unconstitutional by all experts in the country. According to our sources, Ivanov does not intend to sign it into law. However, we have seen US operatives change Ivanov’s mind before, so this is certainly in the realm of possibilities.

Edi Rama, Hashim Thaci congratulated their albanian counterparts in Macedonia for turning the country into a third Albanian state.

Congratulations arrived from Milikije Halimi, a Debar born Albanian politicians who called for war on Macedonia should it not pass the language law. 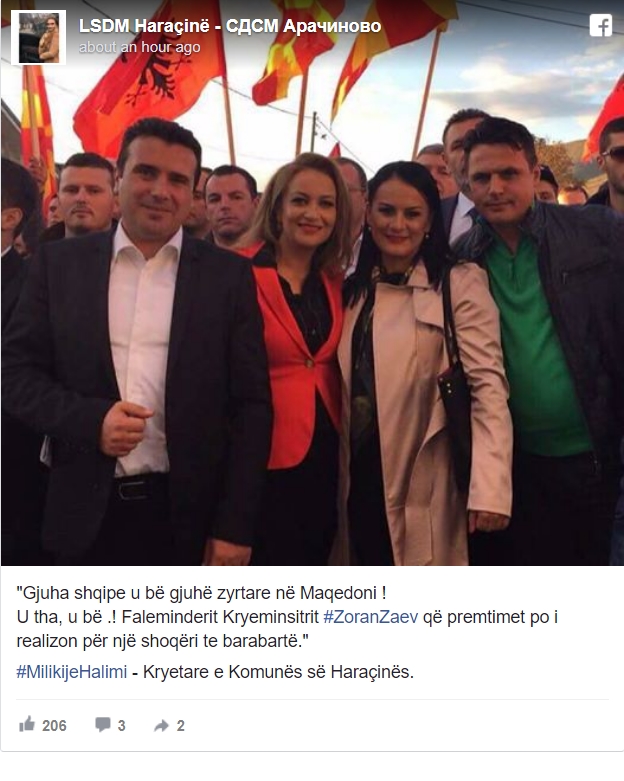 Absolutely, things look quite dire at the moment. However, what must be kept at the forefront of all this is that one day Macedonia will have a legitimate Government which will nullify every imaginable nonsense brought in by Zaev. The current Parliament speaker and Government were put in charge via a coup, illegal vote which saw only 57 MPs present somehow provide 61 votes, followed by falsifying Parliament documents, seals…

Every law “passed” by Zaev will be nullified… one day.