Baily’s headless chicken welcomed spare tires earlier today. And yes, at first we thought it must be a piece by the Onion, but sadly, it isn’t. 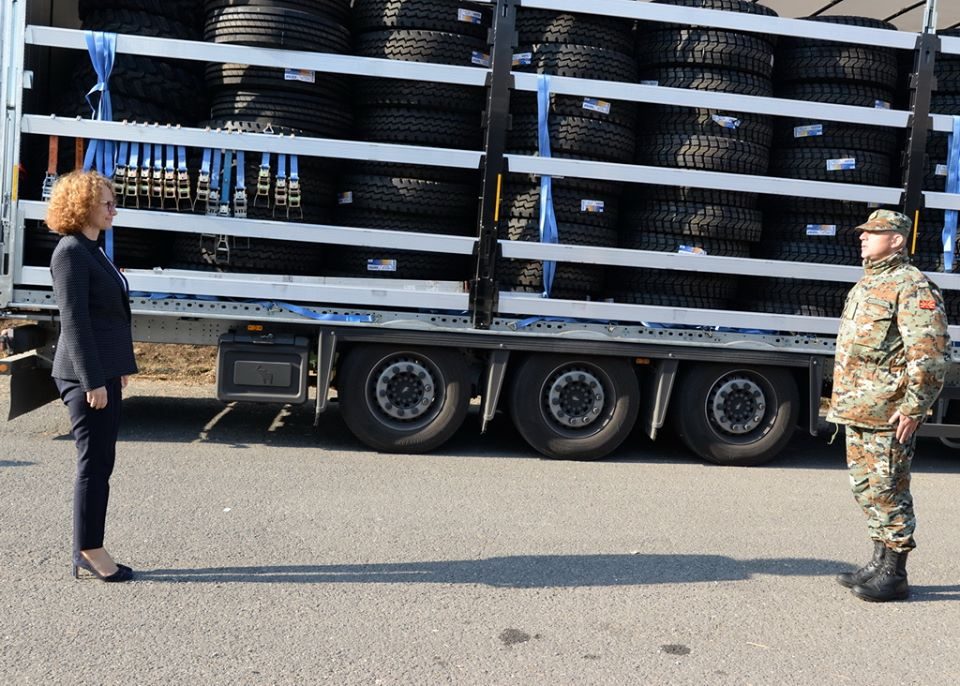 Army general shows Sekerinska the tire that will help speed up the country’s name change. You see this one, that’s the one…

Remember this man. Received a 4 year jail sentence for doing the right thing and trying to remove Sekerinska’s bad hairdo in Parliament. Angelov is our hero.