Activists of the Serbian Radical Party burnt flags of NATO, US and the European Union in the center of Belgrade on Sunday, which marks the 20th anniversary of the start on NATO air operation against Yugoslavia, local media reported.

The activists headed by the party’s leader Vojislav Seselj gathered on the Knez Mihailova Street and burnt flags to show that the Serbian people would never forget the 1999 bombing operation. 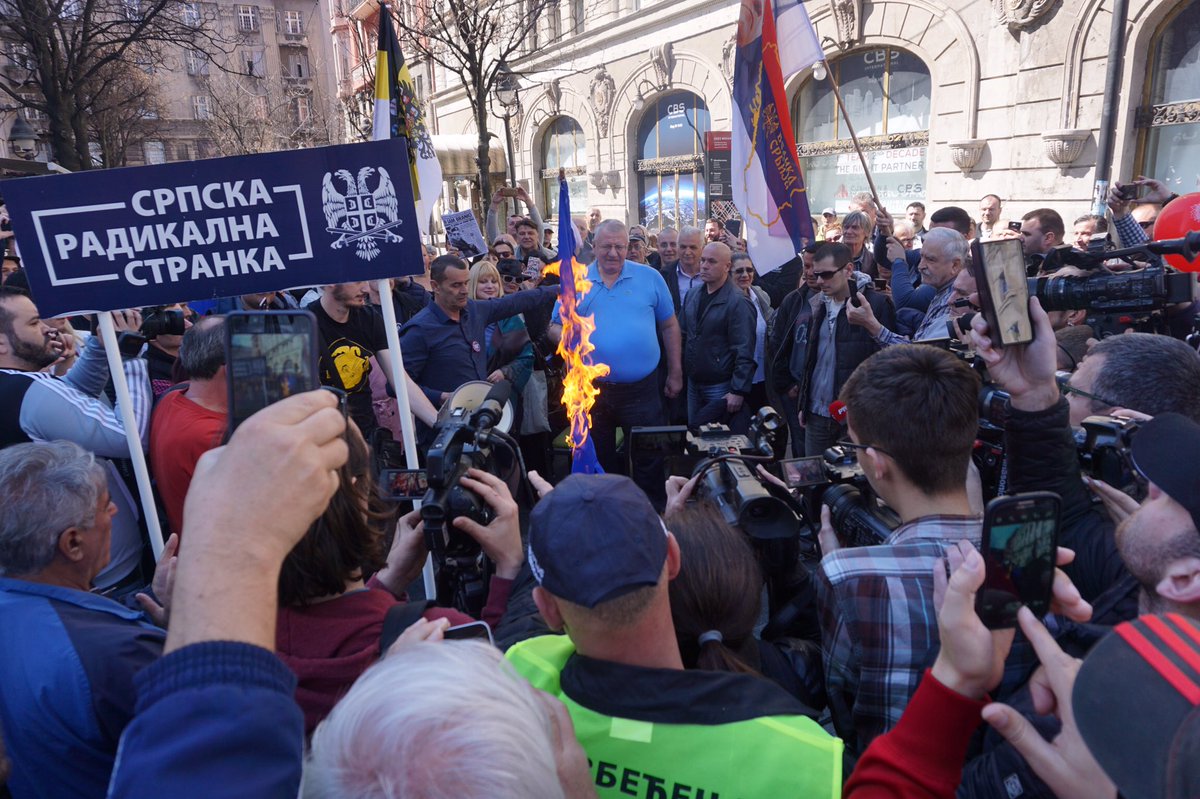 “We will never forget and forgive that. The Serbian people will never get the idea to enter this organization [NATO] so that these beasts will make us attack other nations,” Seselj noted.

He also stressed that Serbia should not seek EU membership as from his point of view this alliance includes his country’s worst enemies that have been trying to destroy Serbia for centuries. According to Seselj, Serbia should develop close ties with Russia and the Collective Security Treaty Organization (CSTO).

The NATO bombing of the Federal Republic of Yugoslavia (FRY) took place between 24 March and 10 June in 1999.