On November 3rd, the ICC released an official statement (see above) that went ignored by every single media outlet in the US.

Late last year ICC Prosecutor Fatou Bensouda began urgent consultations with the Obama Regime after the 14 November 2016 International Criminal Court release of its Report on Preliminary Examination Activities—wherein SECTION III. SITUATIONS UNDER PHASE 3 (ADMISSIBILITY) found that there was “a reasonable basis to believe the US military had committed torture and crimes against humanity at secret detention sites in Afghanistan operated by the CIA”.

In late December, 2016, this report continues, Prosecutor Bensouda encountered a massive “pushback” from both the Obama Regime and the CIA who were attempting to stop her further investigations—with her last receiving a cryptic “instruction” from CIA Director John Brennan, on 19 January 2017, “advising” that “sometimes things happen in war”.

10-days later, on 29 January, her son, 33-year-old George Bensouda, was gunned down in the US (Minnesota), but his murder became public long six months after and is still ‘unresolved’. 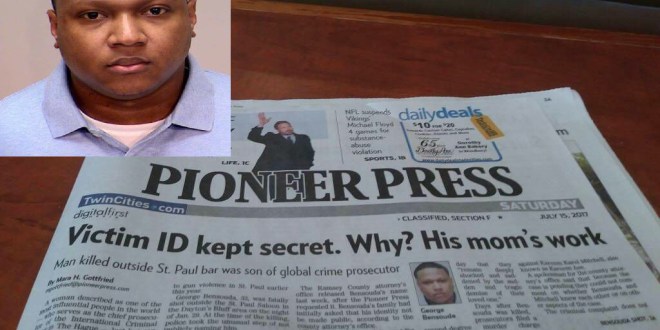 State of Emergency declared in Virginia over violence at a rally