If the creator of ISIS, Barack Obama can get a Nobel with 2 days in office… what stops Zaev and Tsipras from getting one!?

That’s right, there is a push by the US Deep State, the creator and main backer of the genocidal CIA Agreement that erases Macedonian identity, language and culture to nominate the signatories of the “agreement” Zaev and Tsipras for a Nobel Peace Prize.

Similarly to the Referendum fiasco that saw the Prime Ministers of all major European countries under US control line up in Macedonia to push citizens to vote, today the 2015 former Nobel Peace Prize winner somehow found her way in Macedonia!

A Tunisian Nobel Peace Prize winner on Tuesday nominated Macedonia and Greece’s puppets Zaev and Tsipras for the once prestigious award which has dramatically lost both its luster and respect world-wide.

Speaking at FON University in Skopje, Wided Bouchamaoui, who was in Tunisian democracy groups that won the Nobel Peace prize in 2015, said she was “honoured” to nominate the men for the 2019 bid, even though unsure what they did and who they were. What an embarrassment for this woman to even take part in this.

Now, who sent this individual to Skopje? How was this arranged? Was Wided sent by the same people that ordered Merkel and Theresa May in Skopje? It’s clear the authors of the CIA Prespa Agreement are absolutely dedicated in their efforts to continue selling it and publicizing the genocidal document.

The chances for Zaev and Tsipras to get the Nobel Peace Prize is virtually zero. But then again, don’t underestimate the CIA and Norwegians… the word quisling did come from Norway.

Who esle was nominated for Nobel Peace Prize? This guy… 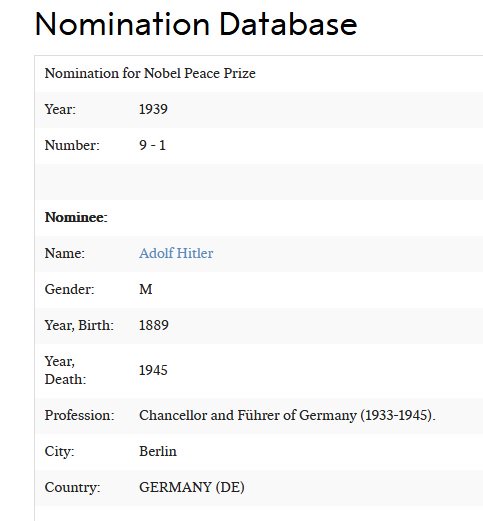