Turks are taking sledgehammers, handguns and fire to iPhones in a symbolic backing of their government as it clashes with the Trump administration over a jailed American pastor. Videos showing Turkish citizens stomping on or otherwise destroying iPhones have proliferated online in recent days, following President Recep Tayyip Erdogan’s call for Turks to boycott U.S. products — specifically the smartphones made by California tech giant Apple. 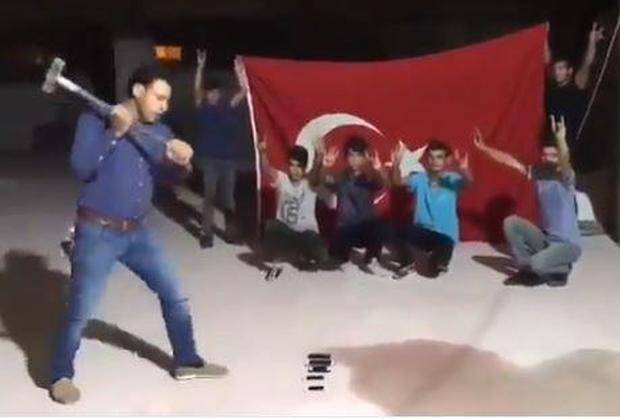 Erdogan issued the call and announced a massive hike in tariffs on U.S. goods this week after the U.S. raised tariffs on Turkish imports and aimed new sanctions at Turkish officials in the row over American Pastor Andrew Brunson, who remains under house arrest pending his trial in Turkey on charges of espionage and terrorism.

The U.S. government insists the charges against Brunson are contrived and that he is an innocent family man being held for political reasons. Brunson had lived in Turkey for more than 20 years prior to his arrest. He was jailed for about two years before being moved to house arrest last month.

President Trump demanded Turkey free Brunson and then followed through with his threat to hit Ankara with sanctions and tariffs when he wasn’t released.

Erdogan’s government insists the Turkish judicial system must be respected, and Brunson’s fate currently rests with a court in Ankara that is expected to rule on the American’s legal appeal for release this week. A lower court rejected the appeal on Wednesday.